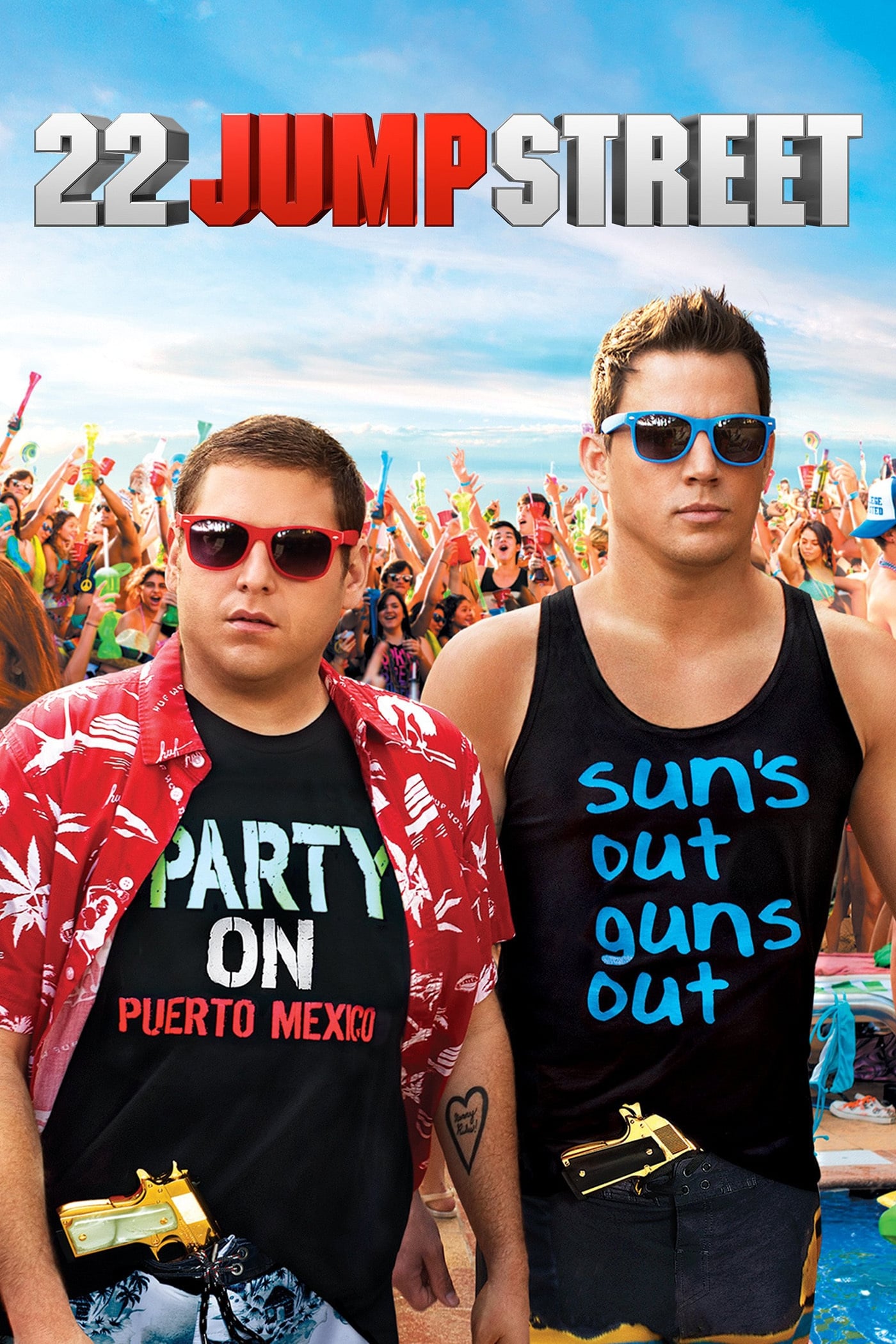 Get Tickets
[hero heading=”22 JUMP STREET” tagline=”In 2012 Channing Tatum and Jonah Hill made a huge splash in the television-show-turned-movie comedy hit 21 Jump Street. Audiences couldn’t get enough, so a sequel was inevitable. The boys are back for more hilarious undercover hijinks only this time as college students.”]

Schmidt (Hill) and Jenko (Tatum) have moved across the street to a new base of operation in 22 Jump Street. They are tasked by their superior, Captain Dickson (Ice Cube), to infiltrate and then take down a drug ring while posing as students. Gee that sounds exactly like the synopsis of 21 Jump Street. Well yes it does but if it ain’t broke…

22 Jump Street picks up pretty much where the first movie left off. Captain Dickson says at the end of 21 Jump Street, “You two sons of bitches are going to college!” referring to Schmidt and Jenko. That’s exactly where they end up in this sequel. The school is different, the drug is different and the bad guys are different. Outside of that, though, there’s a ton of familiarity. Even some of the faces are ones from the first movie.

The plot is predictable, as are many of the gags. The director and writers did a decent job, however, poking fun at many obvious points of contention, that the average person who saw 21 Jump Street might have. By taking a proactive approach, potential criticism is morphed into comedy, therefore adding more humorous elements. There’s no denying the fact that some of 22 Jump Street feels lazy, as though they’re just trying to fill time. But it’s not enough to derail the overall enjoyment factor.

With Channing Tatum and Jonah Hill you know what you’re getting as far as performance. They play well off of one another and make a great “odd couple” that entertain us throughout. The difference maker from the first movie to this one is clearly Ice Cube. His roles have been watered down in his last few movies including 21 Jump Street. I’m happy to say, he is the root cause of some of my biggest laughs in 22 Jump Street. It’s been a long time since anyone could claim that, regarding Ice Cube’s onscreen presence. Hopefully he goes back to embracing R-rated comedies, because he’s absolutely a difference maker in a supporting role.

22 Jump Street feels more like an extension than it does a sequel. One could almost make an argument that Jump Street is taking a TV series approach that just happens to be shown on the big screen. When you think about it that way, there’s nothing wrong with pulling the same stunts again and again, with a different twist. That’s why audiences watch TV series. This one may not be as warmly received simply because there’s not much to set it apart from the first one. Having said that 22 Jump Street is still funny and very much worth seeing. Maybe even more than once if you want to catch all of the jokes, gags and puns!

Last thing, I would advise audience members to sit through the entire credits because there is one final clip.

[/hero]
22 Jump Street is streaming now on the following services:
Powered by JustWatch