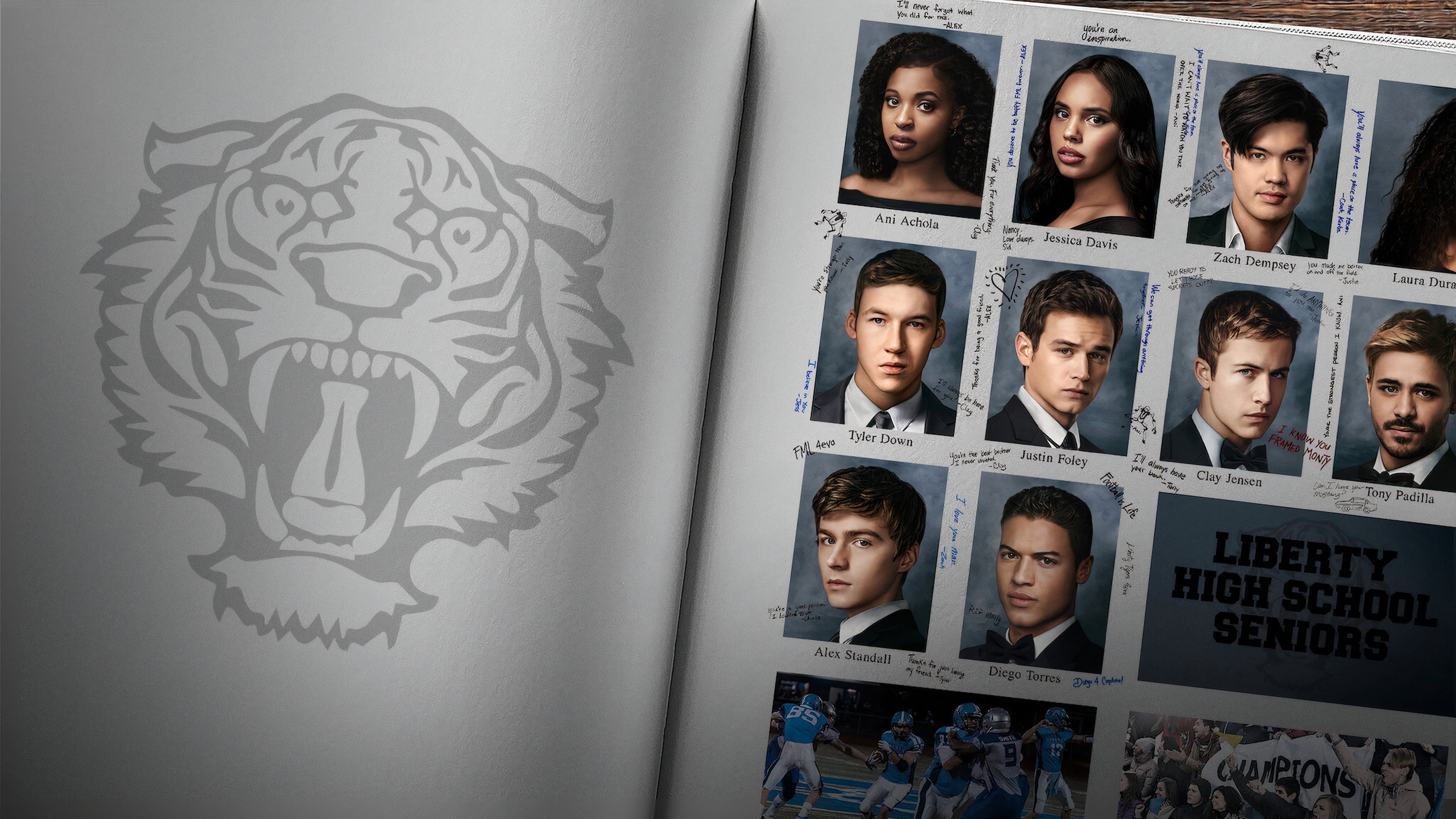 A brain, an athlete, a basket case, a princess and a criminal. For those old enough to remember, you will recognize this line from the classic movie, Breakfast Club, however, you could also use these descriptions for many of the characters in the haunting and gripping new Netflix series 13 Reasons Why. Adapted from the well-known young adult novel by Jay Asher, 13 Reasons Why tells the story of a young girl who makes the difficult decision to commit suicide. If you’re looking for a comedy, this isn’t it.
Starring dynamic and talented newcomers Katherine Langford (Hannah Baker) and Dylan Minnette (Clay Jensen), Netflix’s newest original programming is one of the most authentic attempts to highlight major issues facing teenagers today and how they can impact them. This is a series in which you feel the pain that the main characters are feeling and where you witness the pain through the performers’ eyes, not just their actions. Never before have viewers been intimately subjected to a film or series like this, watching a character slowly torn apart and disappear in front of our eyes.
13 Reasons Why opens with a close-up on a locker decorated as a shrine to Baker and with Baker, well the sound of Baker’s voice, as she declares, “Hey, it’s Hannah, Hannah Baker. That’s right, don’t adjust whatever device you’re hearing this on. It’s me, live and in stereo. No return engagements, no encore, and this time absolutely no requests. Get a snack, settle in, because I’m about to tell you the story of my life.” As the voiceover finishes, we see Jensen who stares longingly at Baker’s locker.
Jensen has clearly been impacted by the loss of Baker, however it will take the full 13 episodes to understand why he is so crushed (and his potential role in Baker taking her life). After Jensen sees Baker as if she were standing right in front of him, is cryptically accosted by the school jock with threats as he stands in silence at Baker’s locker, and then soon met with an odd encounter with one of the most popular girls, we are brought along for a wild ride as a result of a package delivered to Jensen’s front door. With a map and 13 cassette tapes, we are thrust into the story as we get to hear the same haunting introduction from Baker but now with the extra information that each cassette tape will serve as a wake-up call as to how 13 people in Baker’s life had a role in why she killed herself. From that point forward, we see and learn about Hannah Baker, not just from her own words and perspective, but also from Jensen’s perspective as an outsider. We are also treated to powerful performances by Baker’s classmates and an extremely heartfelt performance by Kate Walsh playing Baker’s mom.
The series excels by alternating between the past and present, using an early-on bike accident by Jensen and subsequent bandage on his head to inform the viewer as to whether we are in the past or present. This tactic, along with more muted colors to reflect the bleak present, is amazingly well-done as the past and present flow seemingly together. With the additional effective tactic of placing Jensen into scenes as if they were occurring right in front of him, viewers are able to see what occurred in real time.
13 Reasons Why is graphic, detailing sensitive issues facing many teens today including cyber bullying, drunk driving, and rape. There are scenes that are extremely difficult to watch (purposely so) and there is adult language, however despite these taboos, it is my recommendation that every teenager be required to watch this series. Parents, that goes for you too.
We live in such a hateful world these days. Perhaps it was the same before the Internet, but it safe to say that inventions such as Facebook and Twitter have made it a more dangerous world with the ability for people to hide behind aliases and a computer screen. For teenagers, it is worse.
Navigating high school is one of the most difficult times for many young adults. It is a time when reputation is everything. Gone are the days of passed notes and the simple game of operator, now students have the added obstacle of social media and how a bad post or mean comment can change their reputation in the blink of an eye. Social media and the Internet now bring even more slut and victim shaming than ever before (look at how questionable information about a recent passenger forcibly removed from a certain plane as an attempt to focus the blame away from the airline) and with the teenage brain not being fully developed, they fail to recognize how one simple (and/or mean) comment can destroy another person’s self worth.
After completing the series, watch Beyond the Reasons, a featurette speaking as to the reasons why this film was adapted from the book, speaking to the actors, producers, director, and most importantly, to psychiatrists and experts of the teenage mind and suicide.
Parents, follow what your children do on social media, talk to your kids (but recognize that not all kids can communicate what is going on), and, equally important, watch for changes in their behavior.
Teenagers, recognize that everything you do and everything you say impacts someone else. While extreme, as stated in the series, “you can’t love someone back to life.”
In the words of Jensen, ““It has to get better. The way we treat each other and look out for each other. It has to get better somehow.” Let’s all commit to being just a little bit better as perhaps that little bit will make the difference in someone else’s life.