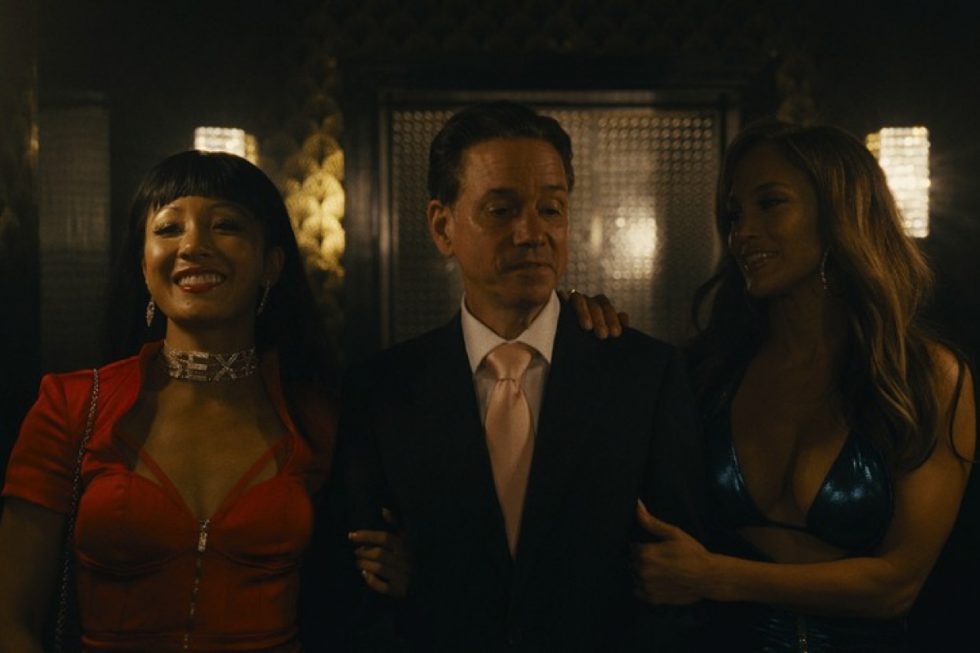 I’m guessing you landed on this page because if you were like me during a recent screening of Jennifer Lopez and Constance Wu’s Hustlers, you were completely thrown for a loop when the movie bleep-censored itself. Yup. Apparently the filmmakers felt (at the very last minute?) it’d be a good idea to either protect all the real Doug ______’s of the World (#SaveTheDougs you guys!), or the script/film snuck in an identifying name that rubbed the real people wrong. Either way, the bleep completely concusses audiences with the most obtrusive sound effect in the history of cinema. Sure, there are plenty of movies with jarring moments – but I’ve never in my movie-going life ever been subjected to such an offense. But I digress.

Before we get to poor Dougie though, let’s give credit where it’s due. In my brief research, Hustlers does a very good job retelling the original New York Magazine article. If you didn’t already know, this is a mostly true story.

J.Lo’s Ramona in real life is a woman named Samantha “Foxx” Barbash. She really was the ringleader of the scam, but interestingly enough, not an actual stripper. She actually disputes that characterization, going so far as to proclaim a defamation lawsuit against STX Entertainment. She was pretty miffed about not being consulted during the making of the film. But let’s be real folks, in every practical sense she was a stripper. Swimsuit line? True.

Constance Wu plays Destiny, who in real life is Roselyn Keo. Yes, it seems Rosie really did buy herself a Cadillac Escalade as depicted in the film. Keo did take a plea deal that kept her out of jail and she was the key source in the NY Mag article. Oh, and that scene where Destiny calls and tells one of her regulars she now lives in Arizona and that the baby in the background was a friend’s child she was watching…true.

As far as I can tell, the stretchiest truth in the film is if Barbash and Keo really were playing chef and cooking up their own magic dust. It’s also unlikely the gang gathered around any Christmas trees or kept up the scam for very long, as implied in the film. The indictment concludes that the crimes occurred during a four-month period ending December 19th, 2013. There’s also not a lot of background provided on either of the families. But remember…this is a movie, and if these sensationalized details had been excluded, would have resulted in a very short, very boring movie.

Doug is a man referred to as Fred from the original story in NY Mag. Another victim named Zyad Younan, a New Jersey cardiologist claimed the ladies drugged him and ran his AMEX up $135,000 in charges. According to New York Post, this prompted the DEA investigation and (unconfirmed) sting operation depicted in the film. And as the movie mentions, there were very few men (only four actually) who agreed to testify, because yes, many (most) of the fleeced men really did not want to admit having been taken advantage of by a woman.