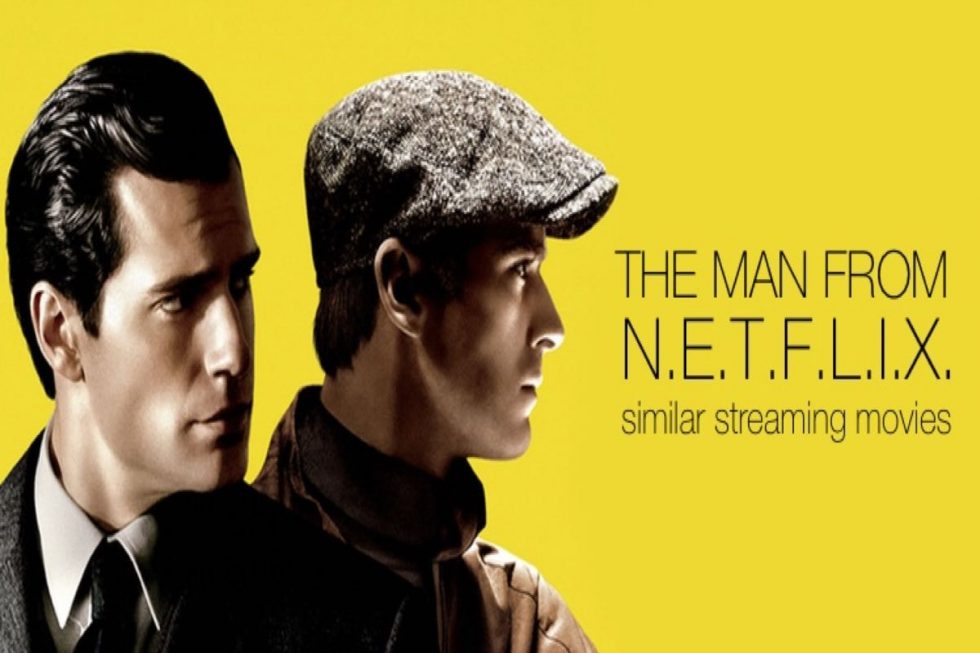 Hollywood’s trend of transforming well known television series into movies will always be mainstay, and why not? These tv shows were popular because they had a large following, so breathing new life into them and showing them off on in movie form seems like a good idea. Sometimes that strategy works and other times it falls well short of expectations. The latest movie to attempt the feat of making the transition from the small screen to the big screen is Guy Ritchie’s The Man from U.N.C.L.E..

Set against the backdrop of the early Sixties, at the height of the Cold War, CIA agent Solo (Henry Cavill) and KGB agent Kuryakin (Armie Hammer) are forced to put aside longstanding hostilities and team up for a joint mission to stop a mysterious international criminal organization. The bad guys are bent on destabilizing the fragile balance of power through the proliferation of nuclear weapons and technology. The duo’s only lead is the daughter of a vanished German scientist, who is the key to infiltrating the criminal organization, and they must race against time to find him and prevent a worldwide catastrophe. You can check out The Man from U.N.C.L.E. in theaters starting Friday, August 14, 2015.

Just below you’ll find our list of 10 movies inspired by television shows from the 1950s – 1980s. The best thing about this list is that you can watch any of these movies right now thanks to instant streaming on Netflix (we’ve even included a nifty button). So take a few minutes to review the offerings available. Maybe you’ll be feeling a little nostalgic and have an uncontrollable urge to watch, or re-watch, some of these forgotten films.

As with any of our “Streaming on Netflix” listicles, take note of when we wrote this article. Streaming platforms add and remove content monthly and these titles may no longer be available.

Gotham City: dark, dangerous, 'protected' only by a mostly corrupt police department. Despite the best efforts of D.A. Harvey Dent (Billy Dee Williams) and police commissioner Jim Gordon, the city becomes increasingly unsafe...until a Dark Knight arises. We all know criminals are a superstitious, cowardly lot...so his disguise must be able to strike terror into their hearts. He becomes a bat. Enter Vicky Vale (Kim Basinger), a prize-winning photo journalist who wants to uncover the secret of the mysterious "bat-man". And enter Jack Napier (Jack Nicholson), one-time enforcer for Boss Grissom, horribly disfigured after a firefight in a chemical factory...who, devoid of the last vestiges of sanity, seizes control of Gotham's underworld as the psychotic, unpredictable Clown Prince of Crime...the Joker. Gotham's only hope, it seems, lies in this dark, brooding vigilante. And just how does billionaire playboy Bruce Wayne (Michael Keaton) fit into all of this?

The Addams step out of Charles Addams' cartoons. They live with all of the trappings of the macabre (including a detached hand for a servant) and are quite wealthy. Added to this mix is a crooked accountant and his loan shark and a plot to slip in the shark's son into the family as their long lost Uncle Fester (Christopher Lloyd). Can the false Fester find his way into the vault before he is discovered?

Jed Clampett (Jim Varney) and kin move from Arkansas to Beverly Hills when he becomes a billionaire, after an oil strike. The country folk are very naive with regard to life in the big city, so when Jed starts a search for a new wife there are inevitably plenty of takers and con artists ready to make a fast buck.

Maverick is recreated from the character James Garner created in the 1950s TV program. Bret Maverick (Mel Gibson) is a gambler who would rather con someone than fight them. He needs an additional three thousand dollars in order to enter a Winner Take All poker game that begins in a few days. He tries to win some, tries to collect a few debts, and recover a little loot for the reward, all with a light-hearted air. He joins forces with a woman gambler with a marvelous, though fake, southern accent as the two both try and enter the game.

Based on the hit T.V. series. Jim Phelps was sent to Prague for a mission to prevent the theft of classified material. His wife Claire and his trusted partner Ethan Hunt (Tom Cruise) were members of Phelps' team. Unfortunately, something went horribly wrong and the mission failed, leaving Ethan Hunt the lone survivor. After he reported the failed mission, Kettridge the head of the agency suspects Ethan of being the culprit for the failed mission. Now, Ethan uses unorthodox methods (Which includes the aid of an arms dealer going by the name "Max") to try to find who set him up and to clear his name.