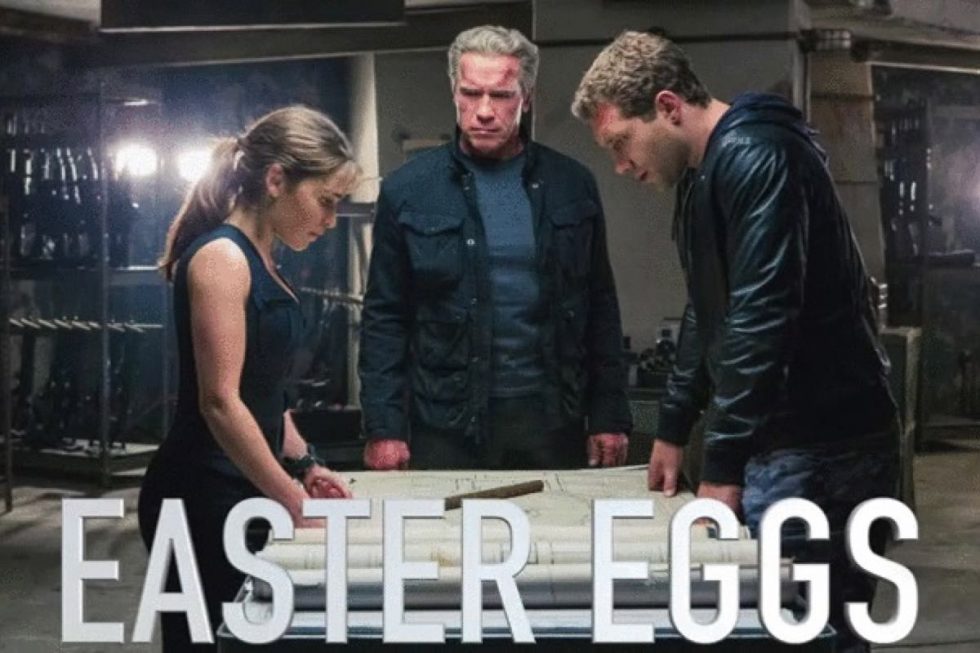 While not as Easter Egg friendly as this summer’s surprise hit, Jurassic World, there are a few surprises and nods to Cameron’s Terminator films in this latest entry in the franchise. Fans of the series will instantly notice the subtle details of the first film brought back to life, like the homeless guy claiming Reese stole his pants, or the cigar chugging garbage collector. All the key quotes are back and here is every Easter Egg and reference we could infiltrate from Terminator Genisys. I know we missed some, so please let us know what you find! The future is not set, we’ll add more as we find them!

The Terminator franchise is chock full of memorable one-liners. Dating as far back as when Kyle Reese saved Sarah Connor in the original film, "Come with me if you want to live," has survived the test of time. Sarah returns the favor in Genisys when she rescues Reese in a department store showdown with the T-1000. Arnold said it to John Connor in Judgement Day as well.

8. The Game of Connors Image

8. The Game of Connors

Imagine this awkward conversation on the set of HBO's Game of Thrones: Lena Headey (Cersei Lannister) congratulating Emilia Clarke (Daenerys "Khalisi" Targaryen) on scoring the role of Sarah Connor, a role Headey played six years earlier in Fox's Terminator: The Sarah Connor Chronicles. And in my personal opinion, Headey did it better.

For all it's miscues, Terminator Salvation did provide longtime viewers an answer to John Connor's horrific facial scarring. First seen in Judgement Day, Connor has been rocking multiple scars across his left eye, which he received from a molten endoskeleton in the Salvation's finale.

It's no secret that Matt Smith of Doctor Who fame plays a significant role in Genisys. We won't divulge any secrets. What's really cool though, is that the eleventh time traveling doctor is first introduced to audiences when Connor discovers...a time machine.

We're including this entry as a "how could they?!" It emphasizes our criticism of the Genisys marketing campaign. Paramount, for unknown reasons, let the biggest secret out of the bag in one of the early movie trailers. Perhaps desperate to drum up interest from an audience it abandoned after Cameron. But then the antics above happened. It's more of a dragon egg, if you catch my drift.