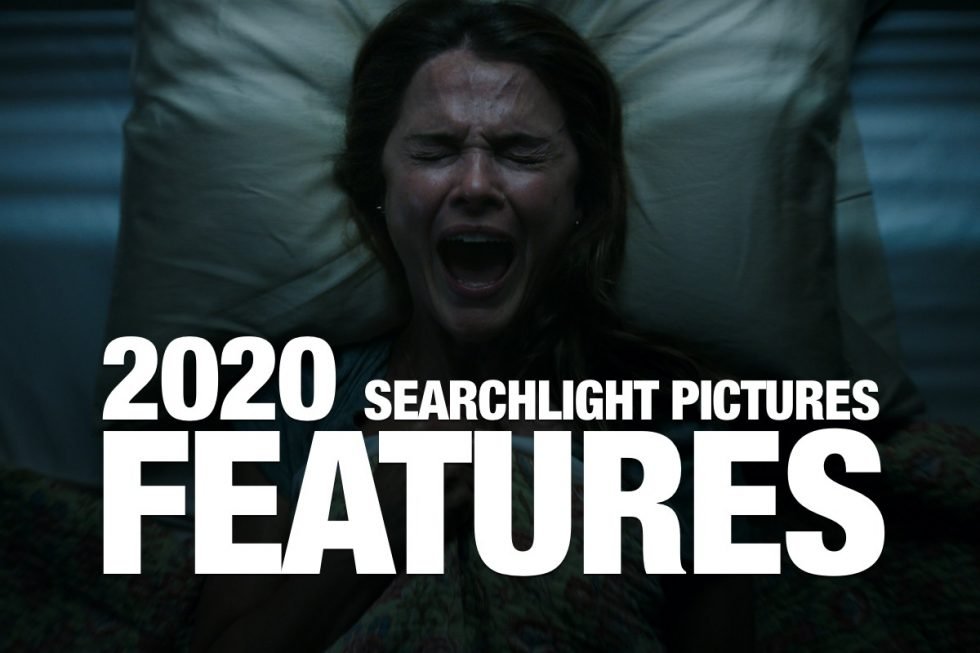 Searchlight Pictures may have dropped the “Fox” in their name, but the 25-year-old studio is elevating anticipation in their 2020 slate with the return of comedy powerhouses Will Ferrell and Julia Louis-Dreyfus in Downhill, and the supernatural horror film Antlers that’s already peaked the must-see lists of numerous genre fan sites and podcasts. The studio is also reimagining the beloved J. M. Barrie (and Disney) characters Peter Pan and Wendy in Wendy, as well as adapting Charles Dickens’ eighth novel in The Personal History of David Copperfield…no, not the famous magician/illusionist you uncultured swine!

The information in this article was last updated Jan 29, 2020. Release dates and slate are subject to change.

Bookmark this page as we plan to keep this post constantly updated with the latest trailers, and while you’re here, tell us what you are most excited about seeing, in the comments below. 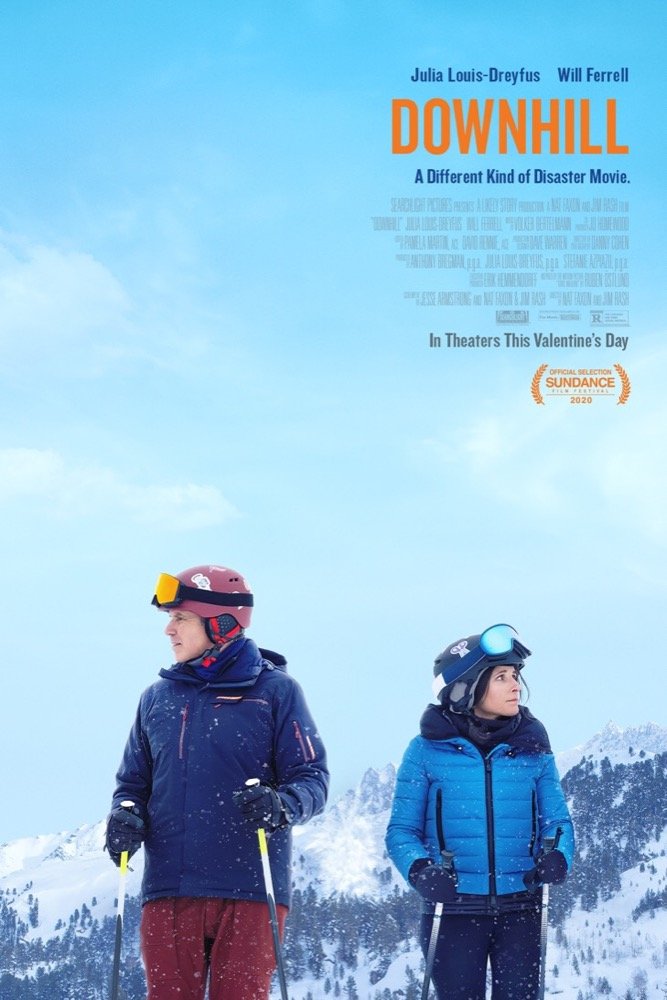 Barely escaping an avalanche during a family ski vacation in the Alps, a married couple is thrown into disarray as they are forced to reevaluate their lives and how they feel about each other. Julia Louis-Dreyfus and Will Ferrell star in this biting comedy. 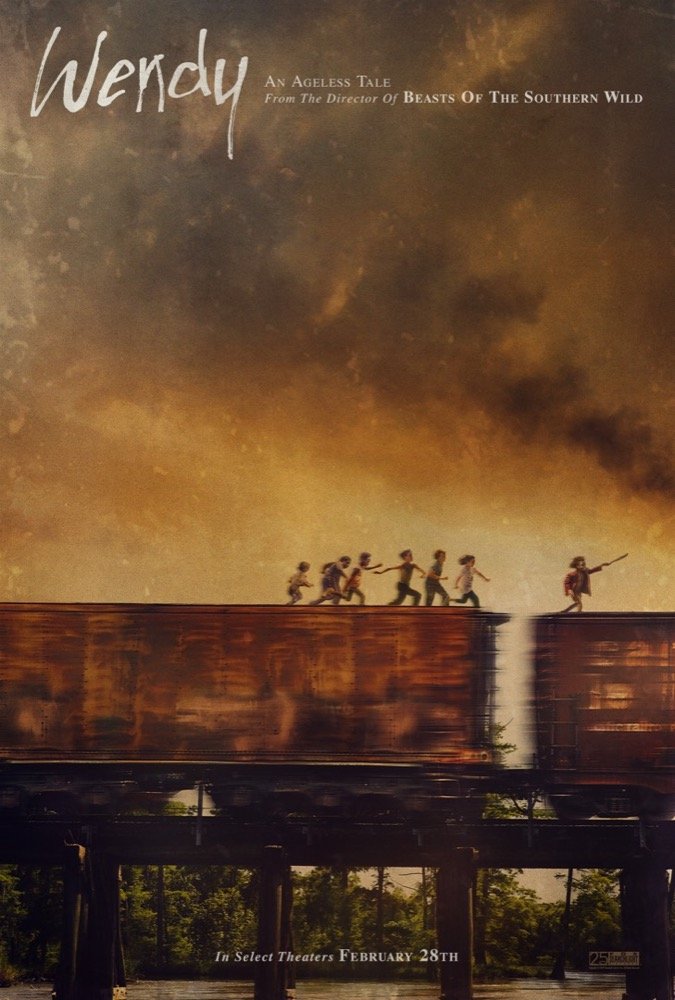 The classic story of Peter Pan is wildly reimagined in this ragtag epic from Benh Zeitlin, director of "Beasts of the Southern Wild". Lost on a mysterious island where aging and time have come unglued, Wendy must fight to save her family, her freedom, and the joyous spirit of youth from the deadly peril of growing up. 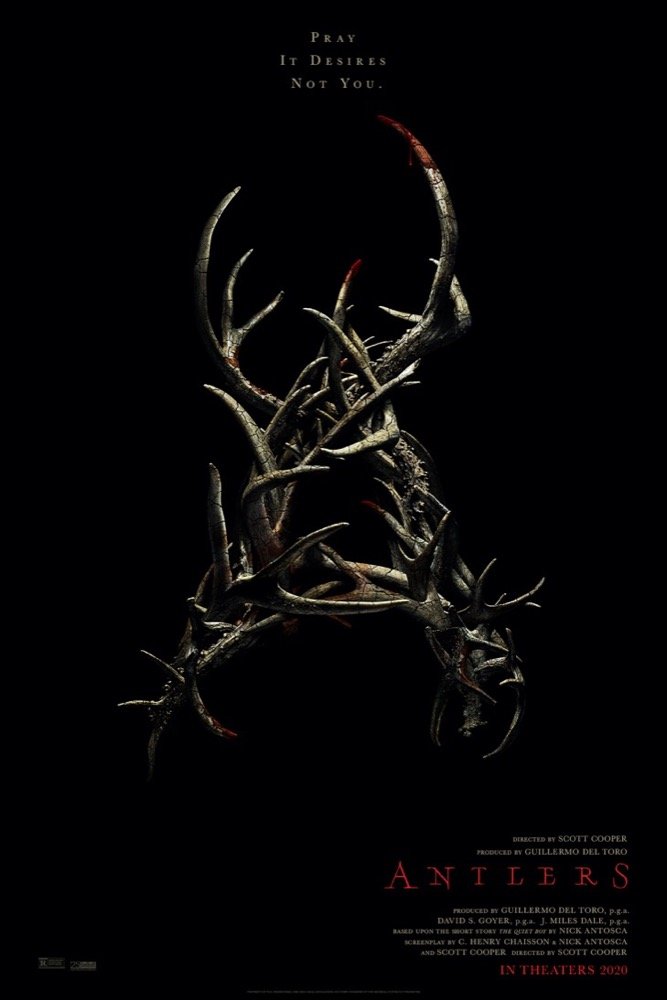 In "Antlers", a small-town Oregon teacher (Keri Russell) and her brother (Jesse Plemons), the local sheriff, discover that a young student (Jeremy T. Thomas) is harboring a dangerous secret with frightening consequences.

The Personal History of David Copperfield 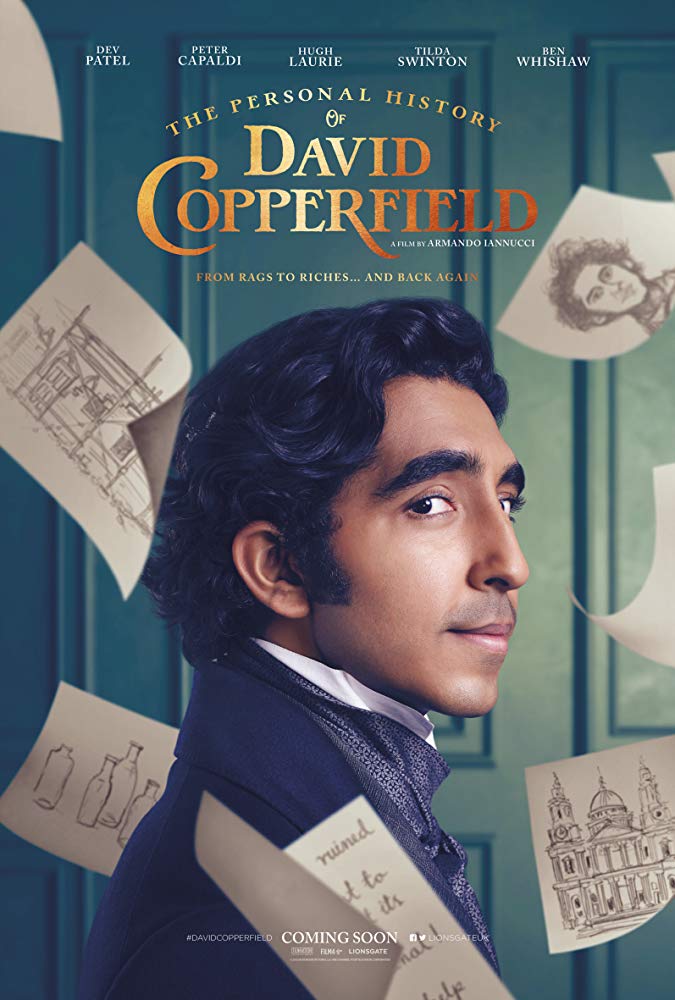 "The Personal History of David Copperfield" re-imagines Charles Dickens’ classic ode to grit and perseverance through the comedic lens of its award-winning filmmakers— giving the Dickensian tale new life for a cosmopolitan age with a diverse ensemble cast of stage and screen actors from across the world. Emmy® winners and Oscar® nominees Armando Iannucci ("In the Loop", "The Death of Stalin", HBO's "Veep") and Simon Blackwell ("In the Loop", HBO's "Succession") lend their wry, yet heart-filled storytelling style to revisiting Dickens’ iconic hero on his quirky journey from impoverished orphan to burgeoning writer in Victorian England.

The Personal History of David Copperfield hits U.S. theaters on May 8, 2020. 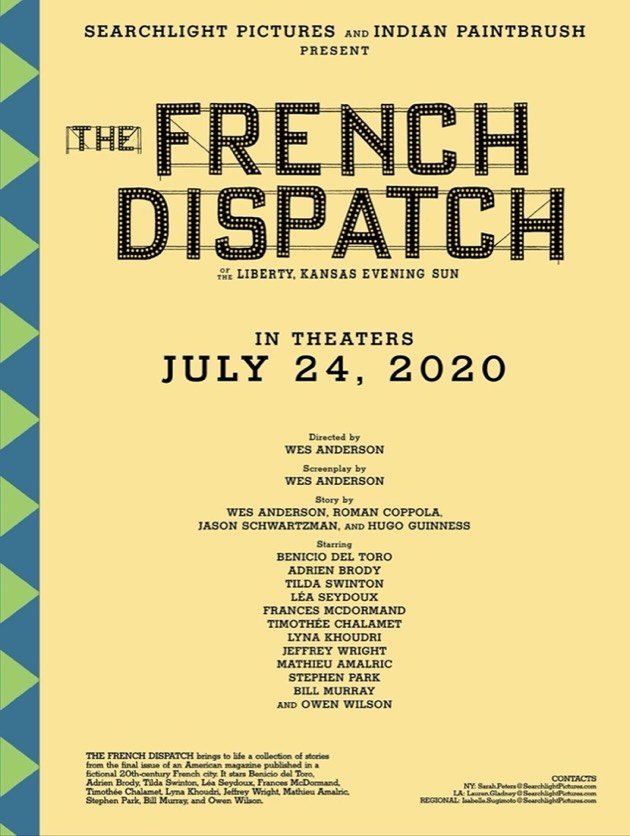 A love letter to journalists set in an outpost of an American newspaper in a fictional 20th-century French city that brings to life a collection of stories published in "The French Dispatch" magazine.