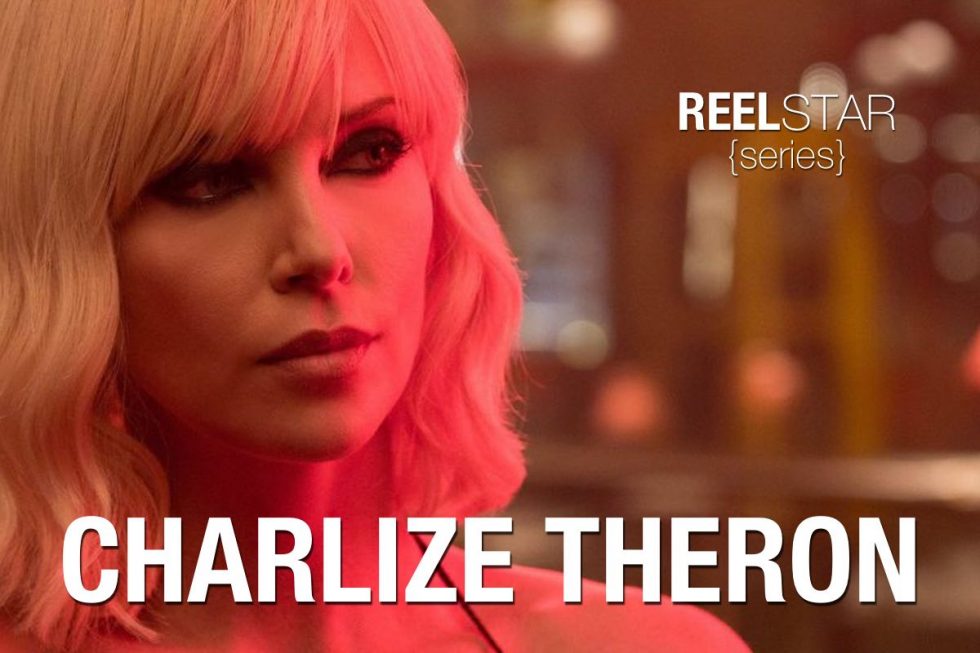 Welcome to the Reel Star Series where Movie Reelist Contributors pool their favorite movies starring Hollywood’s biggest stars. In this edition, we come together to celebrate the filmography of Oscar and Golden Globe-winning actress Charlize Theron.

Theron plays real-life prostitute-turned-serial-killer, Aileen Wuornos. What was most fascinating about her portrayal was her complete transformation and commitment to the role. Christina Ricci plays Selby, Wuornos' companion and love interest. Love only complicates things, as serial killing can be a full-time job and there are often casualties.

Theron won both an Oscar and a Golden Globe for Best Actress in a Leading Role for her performance in 2004. Director Patty Jenkins would go on to direct many more films, including this year’s Wonder Woman (2017).

Theron plays Furiosa, a woman with one cybernetic arm and a tough as nails temper. She is tasked with transporting five women in a tanker truck filled with milk. The women belong to Immortan Joe (Hugh Keays-Burne, who also starred in the first Mad Max (1979)), and he wants them back to pro-create with them. Well, it's now a post-apocalyptic world and it's been Mad Max's (Tom Hardy) for the past 37 years. Even though it's Max's film, Furiosa takes more credit as Theron is awarded a Saturn Award that year for Best Actress (2016). This installment was arguably director George Miller's best installment yet as the Academy nominated the film and it won 6 Oscars (2016).

Theron was still somewhat new to acting, as this was her sixth role, and a supporting role to Keanu Reeves. She plays Mary Ann Lomax, wife to fresh young attorney Kevin Lomax (Reeves). Al Pacino plays John Milton, who headhunts Lomax and offers him a job at his law firm. As the deal becomes too good to be true, Mary begins to notice sign of something sinister, as Milton just might be the Devil. Where Theron stands out in this role is how she transforms from loving supportive wife to someone nearly losing her mind. An outburst and revealing scene in a church puts Mary over the edge and those around her are convinced that she has gone insane. A powerful and unsettling moment for her character, but one which would get her noticed as an actress.

This is the 'little film that could' for Theron. She plays Mavis Gary, a young adult fiction writer who begins writing the final book in a series when she is told the series is cancelled. She travels back home to Minnesota to pursue her old high school boyfriend, Buddy Slade (Patrick Wilson), who it turns out has a baby with his wife Beth (Elizabeth Reeser). Mavis has to tackle with the adult decision of holding on to him or letting go. With the visionary credits of writer Diablo Cody (Juno (2007)), and director Jason Reitman (Juno (2007), Up in the Air (2009)), it's worth checking out.

Based on a graphic novel, Lorraine Broughton (Theron) plays an MI6 agent sent to Berlin during the Cold War in 1989. Her assignment is to investigate the murder of a fellow agent (and love interest) and to locate a list of double agents. She is paired up with David Percival (James McAvoy), who knows his way around the city and back alleys. The film is bookended by a clearly-beaten Broughton being interrogated by two individuals, played by John Goodman and Toby Jones. It's a matter of who she can trust.

There are action sequences and fight scenes in this film that are seemingly uncut, brutal, elaborate, and will leave you breathless in the end. Top that with a well-selected and booming '80s soundtrack, and you have the recipe for one of the best action films of the year. Director David Leitch had an (uncredited) part in co-directing John Wick, and his next film will be Deadpool 2 (2018).