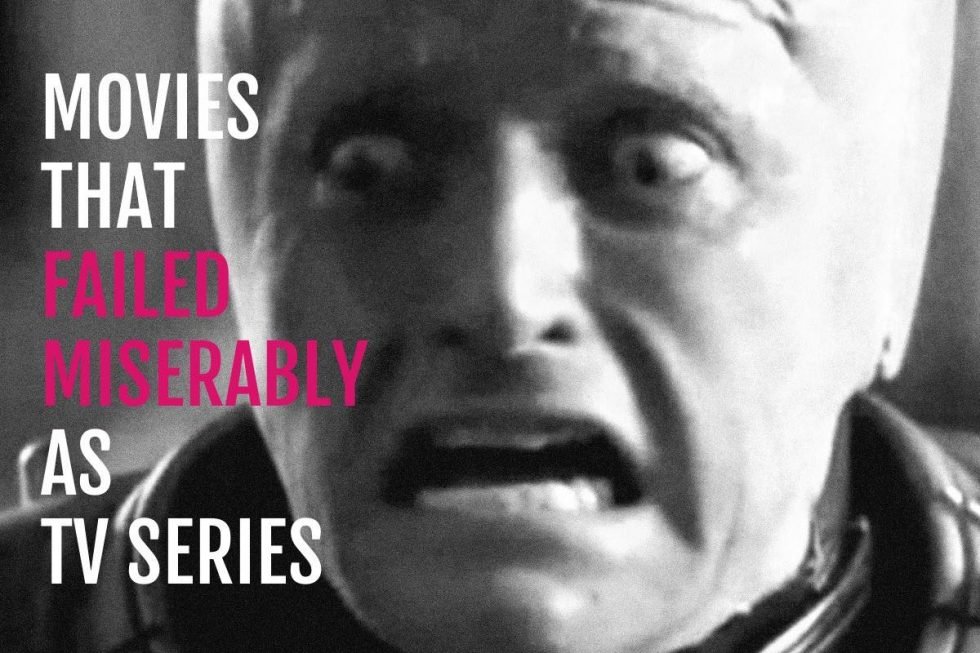 The relationship between Hollywood and Television hasn’t always been easy. While a handful of movies have made the successful leap from screen to cathode, just as many never complete the swim upstream to spawn additional seasons. Whether due to the network pulling the plug prematurely or the stench of death emanating from their ratings, these shows managed one season (and some not even that long), before being rolled to the morgue.

Alien Nation didn't so much suffer from low viewership than a lack of network foresight. Canceled due to budget concerns, this excellent science fiction police procedural was purged after just 22 episodes. It still however, managed to cram societal issues of xenophobia, religion sex, and cultural intolerance in its short tenure. Five made-for-TV movies followed, but it was never quite the same.

RoboCop failed to connect with viewers and critics because unlike it's big screen predecessor, syndicated Robocop chose more non-violent methods of apprehension. For instance, his badass pistol was relegated to firing tracking device tags. Show-runners failed to understand that the over-the-top violence significantly boosted Paul Verhoeven's movie to box office success. The show also featured new characters, like Gadget, who served as the young audience counterpart. Audiences didn't appreciate it enough and the show was swiftly jailed.

The StarMan series picks up 15 years after the movie, with Robert Hayes replacing Jeff Bridges. The alien returns to Earth to help his half-alien son hunt for the son's mother. Imparting wholesome family values as a solid father/son team, the duo work together to elude the law. Depending on who you talk to, it was either too much science fiction or not enough buddy drama, and so it was launched into a black hole.

In this TV series' universe, the 1986 movie Ferris Bueller's Day Off actually exists, but was a paltry portrayal of the "real-life" Ferris (played here by Charlie Schlatter) and his antics at Ocean Park High School. Where movie Ferris (Matthew Broderick) was the popular kid everyone knew by name and reputation, TV Ferris was just a few rungs north of sociopath by manipulating his girlfriend’s grades to keep her at his school and doing whatever he wanted without reprisal. This Ferris wasn't the loveable scamp, but more like the guy who made you want to check for your wallet after shaking hands. He was merrily flunked and forgotten.

Airing the series out of order didn't help gain traction for the built-in audience of a highly successful movie franchise. Leave it up to network execs to find a way to screw up something as simple as continuity. Set up to fail, Tremors: The Series never hit projected viewership and was buried after only the first 6 episodes aired. Incidentally, Kevin Bacon announced via Twitter that he is revisiting the role of Valentine in a Blumhouse-produced 10-episode Tremors TV mini-series.