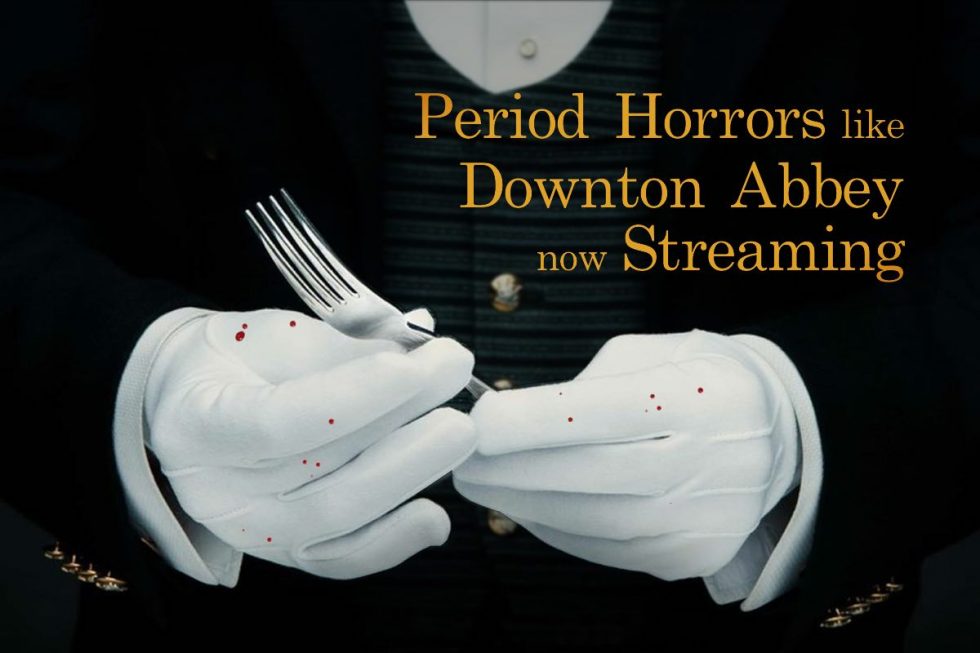 I love movies with fan flirting, naughty ankles, and closets full of corsets. Period Dramas take the modern element out of the story leaving nothing left but people doing things and dressed spectacularly. However, I need a little more blood and gore in my life. Flirty fans that filet? Naughty ankles that perhaps belong to a werewolf? Closets full of corsets still containing human torsos?

Here are 5 period horror films  (plus a bonus) for those who love a little carnage with their costumes. No cell phones lacking a signal to call for help, no cars that won’t start, and miles and miles from the nearest constable. Only desolate countrysides, foggy moors, and of course, only the best in historical garb albeit with a little blood and bits, and lots and lots of screams.

When you’re finished binging these titles, check out Part 1: our list of Period Dramas like Downton Abbey you can stream right now!

Who doesn't love a little cannibalism with their American Westerns? An exiled solder is sent to the remote outpost of Fort Spencer in the Sierra Nevada and becomes entangled in the tale of ancient legends, cannibalism, mutiny. Darkly funny as well as horrifying, Ravenous is a must-watch if you like gnawing on your humerus.

A little Civil War with your horror? In Dead Birds, AWOL Confederate Soldiers abscond to an abandoned farm after robbing a bank, but the robbery was the easiest part of their plan. There is something in the corn and in the walls and not all of the money in the world can save them now.

The Lodgers reminds us that gothic horror lives and breathes ghost stories - in a manner of speaking. In 1920s Ireland, away from the town and human contact, twins Rachel and Edward must live out their lives at the whim of a house that is both their protector and prisoner. There are rules to abide - be in bed by midnight, outsiders may not enter the house, and if one tries to leave, the other may not survive. Rachel wants more from life and rules are meant to be broken.

The Others tells the story of Grace (Nicole Kidman) awaits the return of her soldier husband from the end of WWII in a house she believes to be beset with ghosts. Trying to keep her ill children calm, while maintaining the sanity of her newly hired servants, Grace is determined to rid her home of spirits no matter what cost to her own reality.

The Turn of the Screw Image 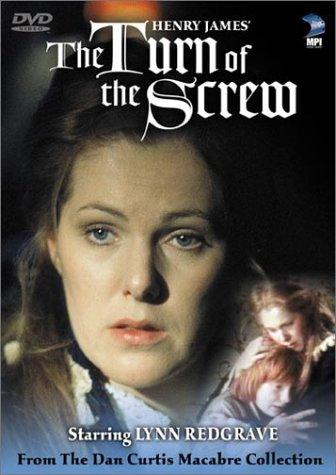 The Turn of the Screw

An inexperienced governess is left in charge of two children abandoned by their uncle in Turn of the Screw. She comes to believe their pranks are supernatural in nature and their lives are in "grave" danger. There are lots of versions of this Henry James classic, but this one is not only the best of the bunch - it's available to stream.

Whistle and I'll Come to You Trailer

Whistle and I'll Come to You

Okay, this one is less costume horror and more "I wanted to include it on the list" since it's an unknown. John Hurt is a man at loose ends after putting his wife in permanent care in the 2010 BBC production of Whistle and I'll Come to You. Visting a seaside community, he finds a mysterious whistle he can't help but bring to his doomed lips. If you can find the 1968 version with Michael Hordern, I recommend it as strongly as the 2010 version as both bring to life one of my favorite MR James' tales in different but terrifying ways.