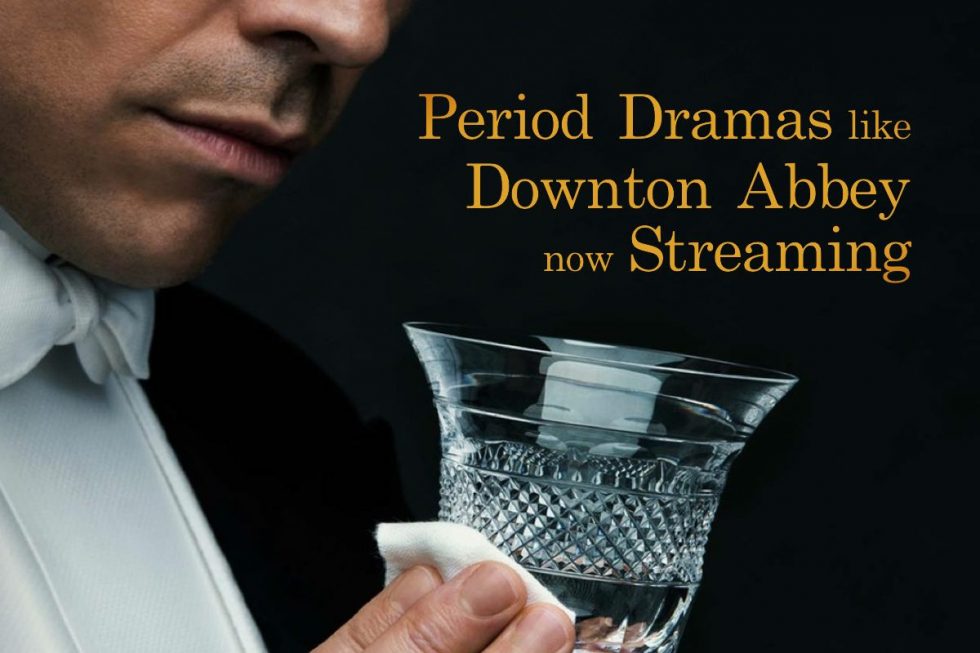 If Period Dramas leave you breathless, then you’re on the edge of your seat waiting for the theatrical continuation of Downton Abbey. Corsets, manners, and discretion are the standard currency. While you wait for the film to premiere this September 20th, here are five other Period Dramas you can stream right now that will take you from the Regency Period through to the 1960s. It’s like time travel without the butterfly effect.

When you’re finished binging these titles, check out Part 2: our list of Period Horrors you can stream right now!

It's probably a law that all English actors take a tour through both William Shakespeare and Jane Austen to prove their chops. A 6-episode series that ran in 1995, it wasn't the first to tackle Pride and Prejudice on the small screen, but it was one of the most ambitious, winning multiple awards for acting but especially for costuming. It's a 19th Century tale of economics and romance and tenuous strings of decorum and propriety that bind them together.

This Spanish drama has slipped mostly under the radar of most American viewers, which is a shame. It's a compelling drama about the march of women seen through the eyes of four young ladies, made when the first telephone company opens in Madrid in the 1920s. It's a brand new modern world for these women who must now navigate money, relationships and a job in a world that's not quite ready for them. Debuting in 2017, there are currently 32 episodes of Cable Girls over 4 seasons.

Without Upstairs, Downstairs, there would never have been a 'Downton Abbey' to speak of. The cornerstone of PBS' Masterpiece Theater literally forever, the long-running series focused on the lives of the moneyed Bellamys and the complicated lives of their servants between 1903 and 1930. Many of the plotlines became staples of modern British Period Drama, so a solid binge of its 68 episodes over 5 series (seasons, to us yanks) may feel familiar, but there's nothing dated about class politics.

Following the post-war baby boom in the 1950s, an age where doctors were scarcer than hen's teeth in destitute neighborhoods, Call the Midwife centers around the midwives and nuns working out of an Anglican convent in a desperately poor area of London, helping mothers birth healthy babies and dealing with the socio-economic issues that not even a convent can shelter the ladies from. With 69 episodes over 8 series currently, the BBC has announced plans on keeping its actors in nappies through 2022 with two more series and Christmas specials.