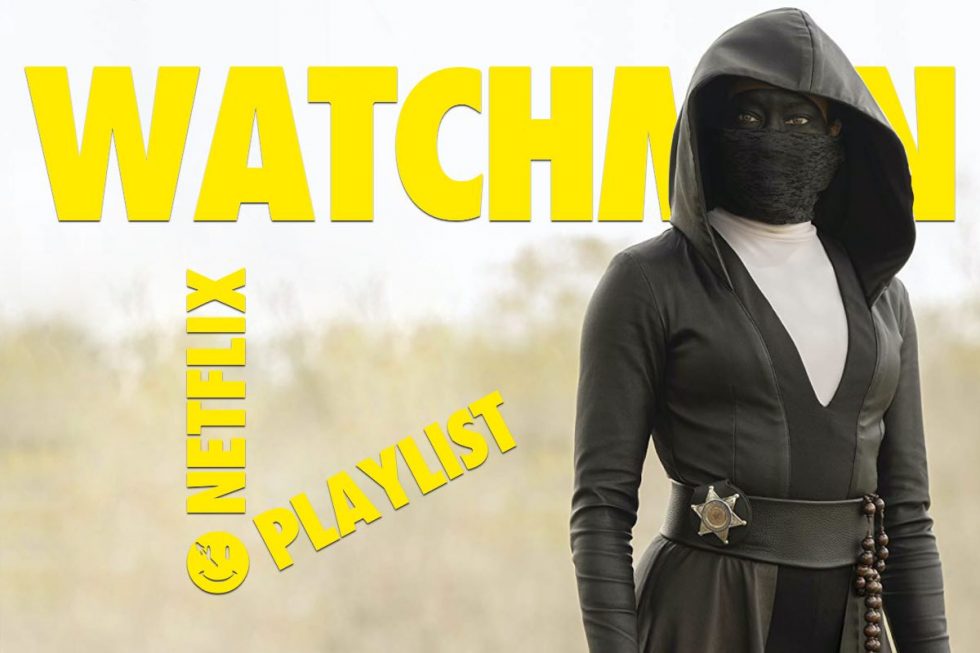 Did you watch the season premiere of Watchmen on HBO Sunday? It’s time you did. Shocking. Disruptive. Ambitious. Basically all the adjectives. Out of all the fall content bombarding broadcast and streaming screens this season, Watchmen (and Regina King’s Sister Night) is the show I’ll be obsessing about each week. It gave me the itch though. I brushed the dust from my 10-year-old copy of Watchmen, popped her into the player and spent the evening refilling my Netflix queue with like-minded content. To my delight, there’s a great mix of dark superhero material like Watchmen available for streaming on Netflix.

I’ve put together my playlist of movies and shows similar to Watchmen that you can stream on Netflix right now. If however, you’re not limited to just Netflix, look into Watchmen (of course), The Boys on Amazon, and/or The Dark Knight trilogy. You can also check out Netflix’s Marvel slate of Daredevil, Punisher, etc.

All titles in this listicle are currently streaming as of publishing. 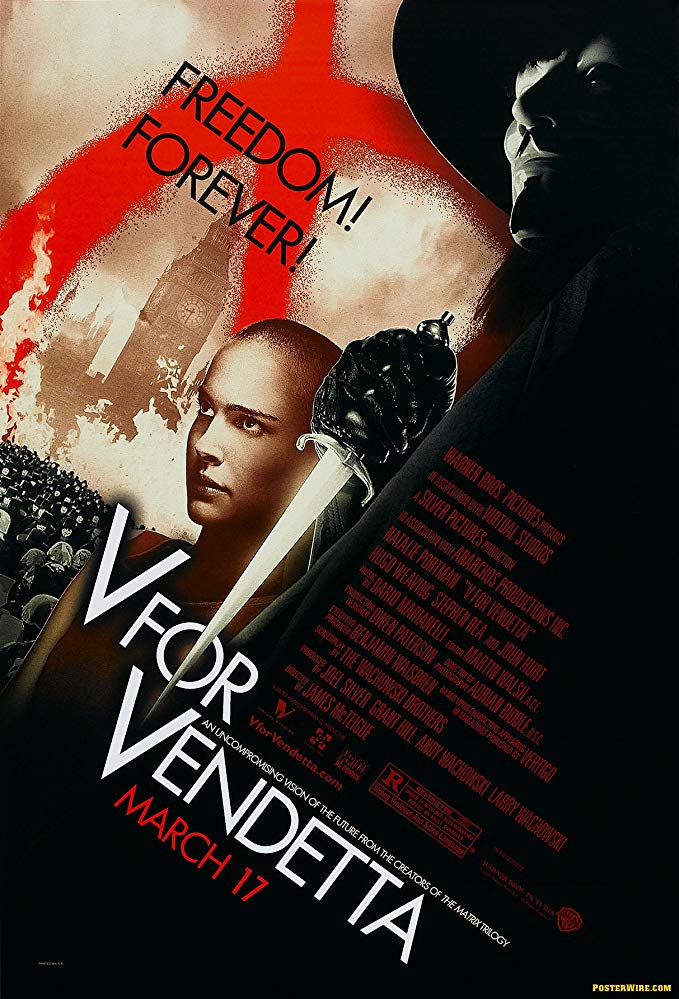 V for Vendetta is the perfect start to a Watchmen-style binge. A masked vigilante is rebelling against a British totalitarian government. The mysterious figure rescues a young woman named Evey (Natalie Portman) who would eventually become an ally in his revolution. The movie is like Watchmen whereas, in an alternate dark reality, two sides of morality go to war. 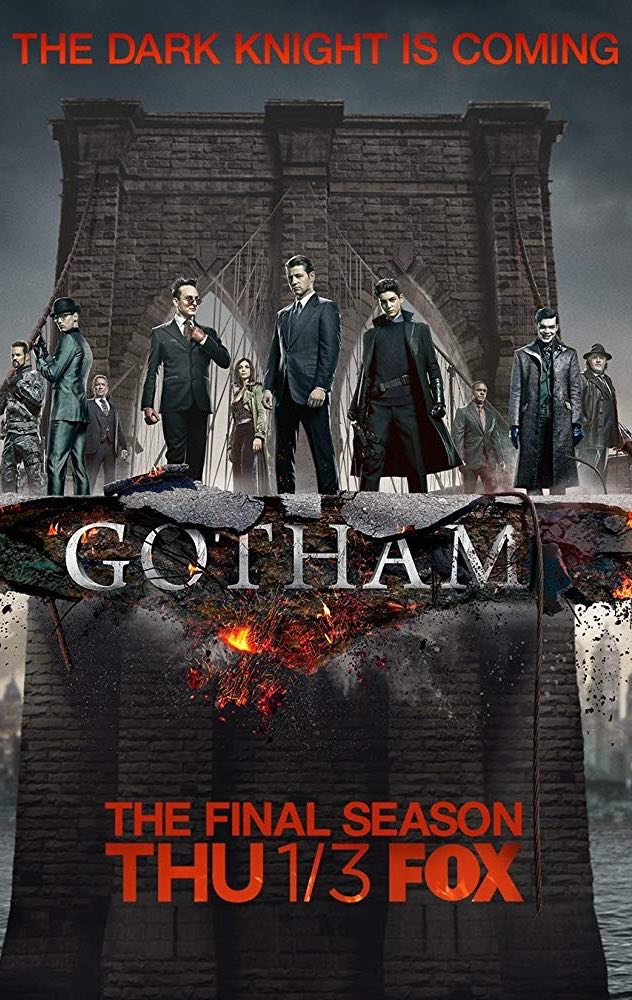 Gotham just completed its fifth and final season earlier this year on Fox. The show was a gritty interpretation of the famed Bat-city as told through the story of Detective James Gordon as played by Ben McKenzie. The young detective's rise to importance is marked by encounters with Gotham City's most notorious criminals and elites. The show's attention to the period before Batman is similar to the post-superhero narrative of Watchmen with both telling the story of a detective investigating the deaths of prominent figureheads, and people with superpowers are not entirely relevant. On a side note, the current Watchmen comic book characters have been integrated into the wider DC Universe through the "Doomsday Clock" series arc. 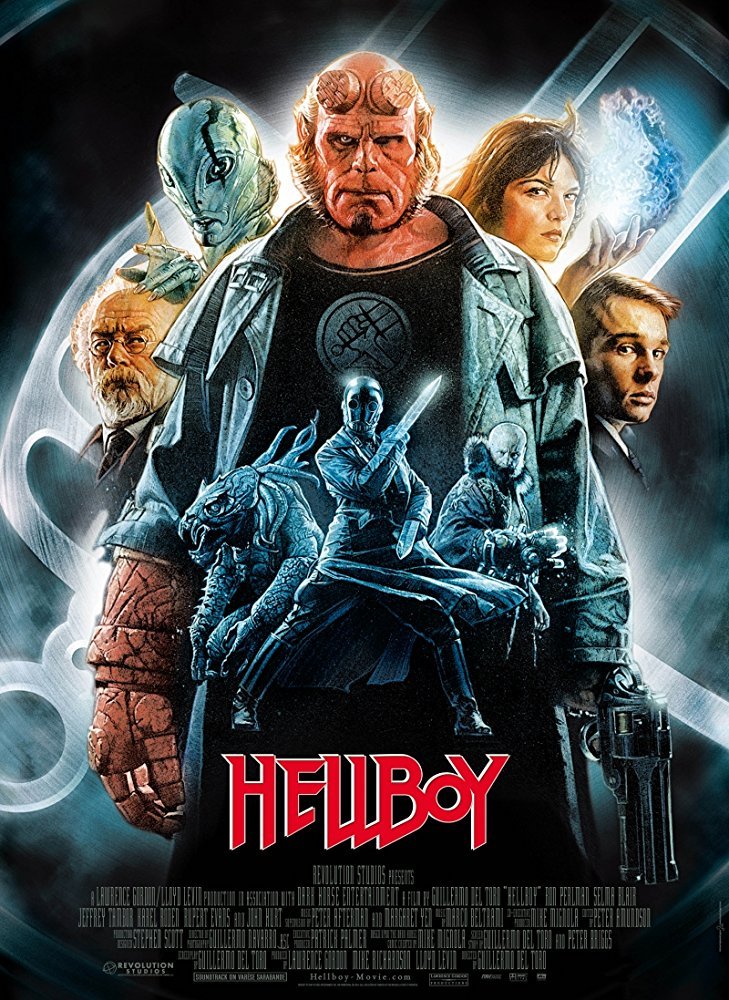 Hellboy is a graphic novel produced by Dark Horse Comics and created by Mike Mignola. The film follows Hellboy (played by Ron Perlman), a demonic monster who fights to protect humanity from supernatural threats. Hellboy's main adversaries are Nazi's who share obvious similar ideologies with The Seventh Cavalry, the white supremacist group featured in Watchmen. 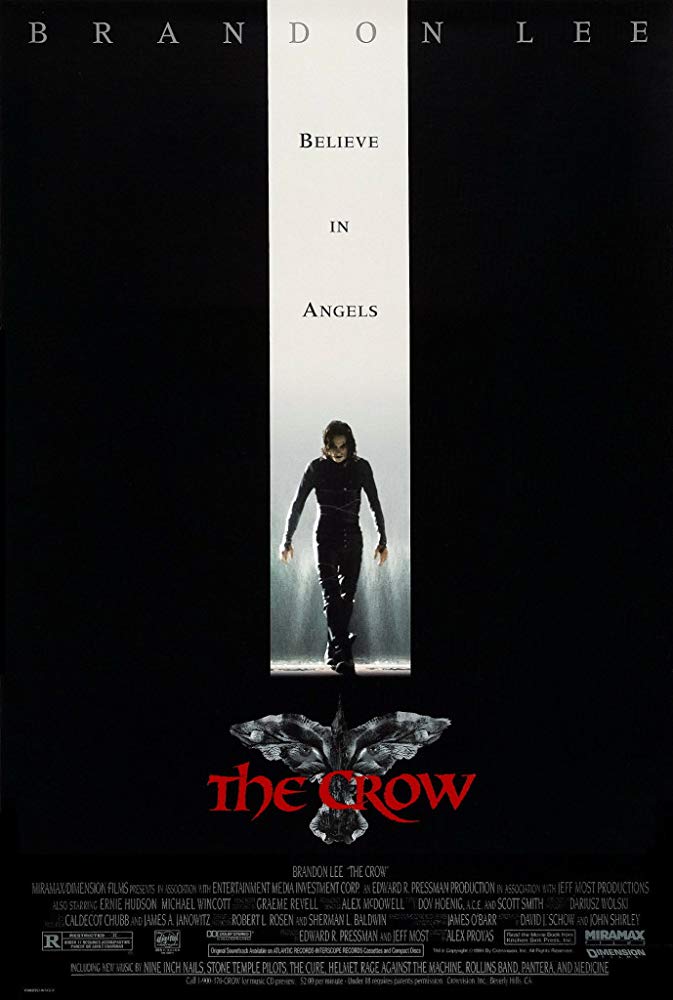 Similarly to the cinematic life of Watchmen, "The Crow" comic was adapted to film first, and then went on to become a television series later. The Crow, played by Brandon Lee, who lost his life as a result of a failed stunt on the film, is about a brutally murdered rock musician brought back from the dead to avenge his death by killing the perpetrators, member of a low-level street gang. 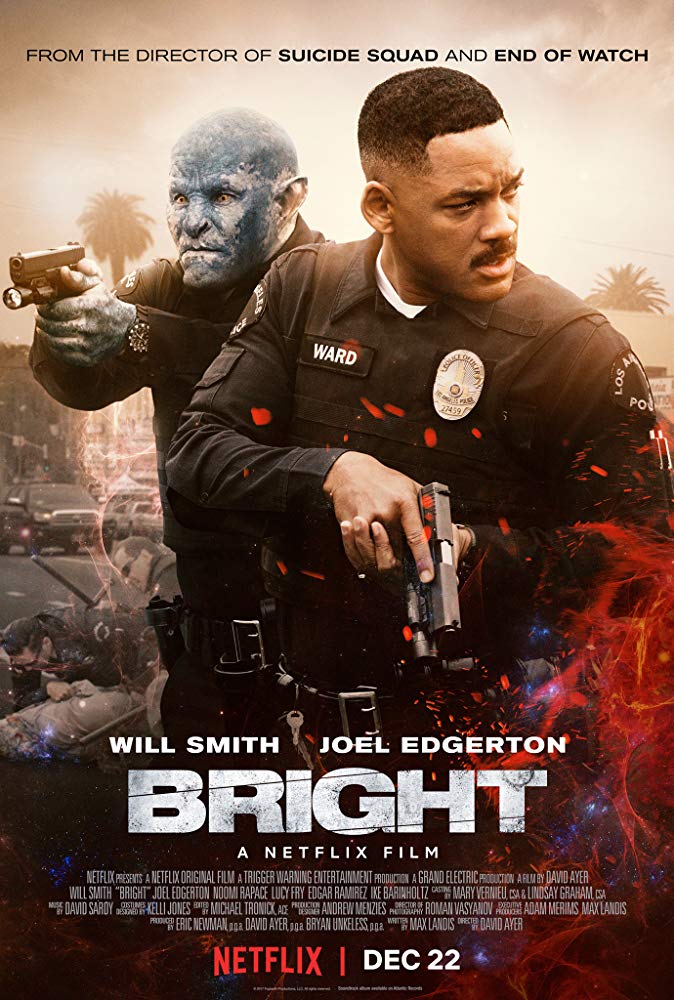 Will Smith is back baby! We did a Reel Star feature on Will Smith recently where we chose our favorite movies in his repertoire. Bright was chosen for its cool and eclectic cast of supernatural characters, creative world-building, and of course Smith's sense of humor. Bright is a fun movie like Watchmen in that our protagonists are cops on the beat, faced with adversaries much bigger and perhaps more dangerous than themselves. 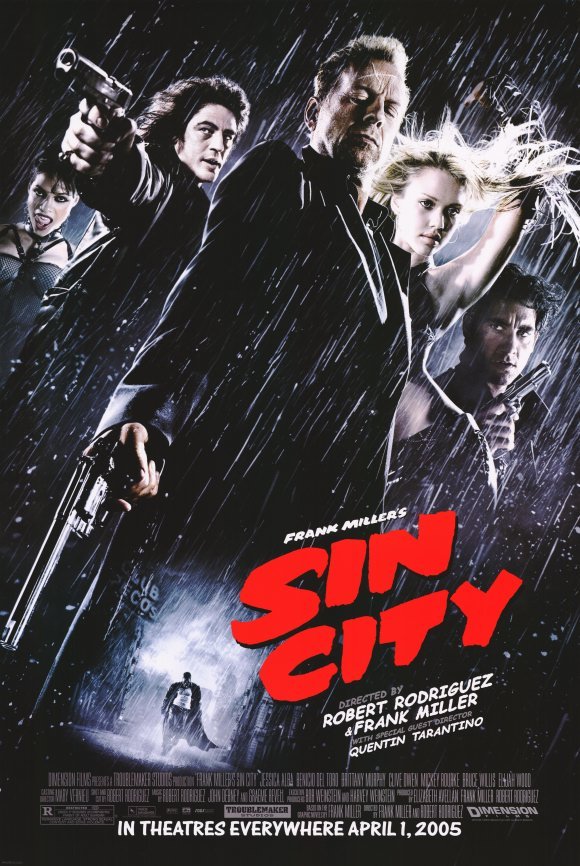 Frank Miller's "Sin City" was my entry point into the world of dark graphic novels as introduced to me by Robert Rodriguez's groundbreaking adaptation. The color processing and overall mood of the film sucked me into an instantaneous fandom. The narrative structure is similar to that of Watchmen (at the moment Sister Night and Jeremy Irons' Ozymandias) in that the characters each have their own arcs that interconnect to the overall world-building and storyline. 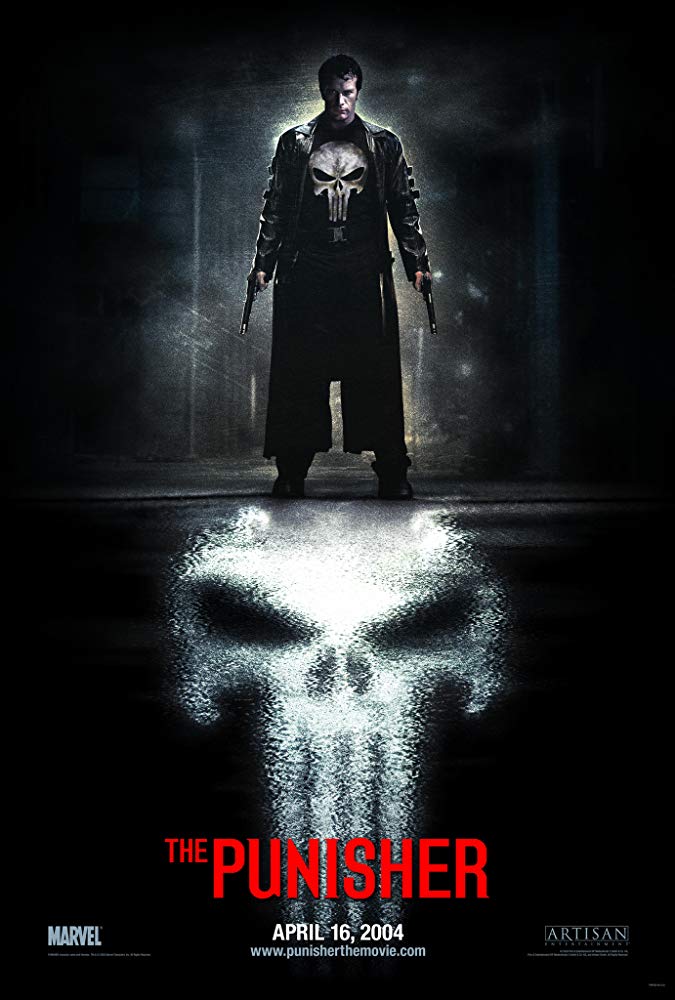 The Punisher may not be as good as Netflix's Marvel's The Punisher, but I told myself this list would be too damn long if I included all of the streaming brand's now-defunct line of dark Marvel shows. So instead we get to discuss the 2004 film starring Thomas Jane as the antihero Frank Castle whose dark methods blur the line between good guy and bad guy. He's pissed off because John Travolta (as Howard Saint) killed his entire family! I have a feeling Sister Night will be getting some of that tasty retribution using similar techniques and reckless abandon. 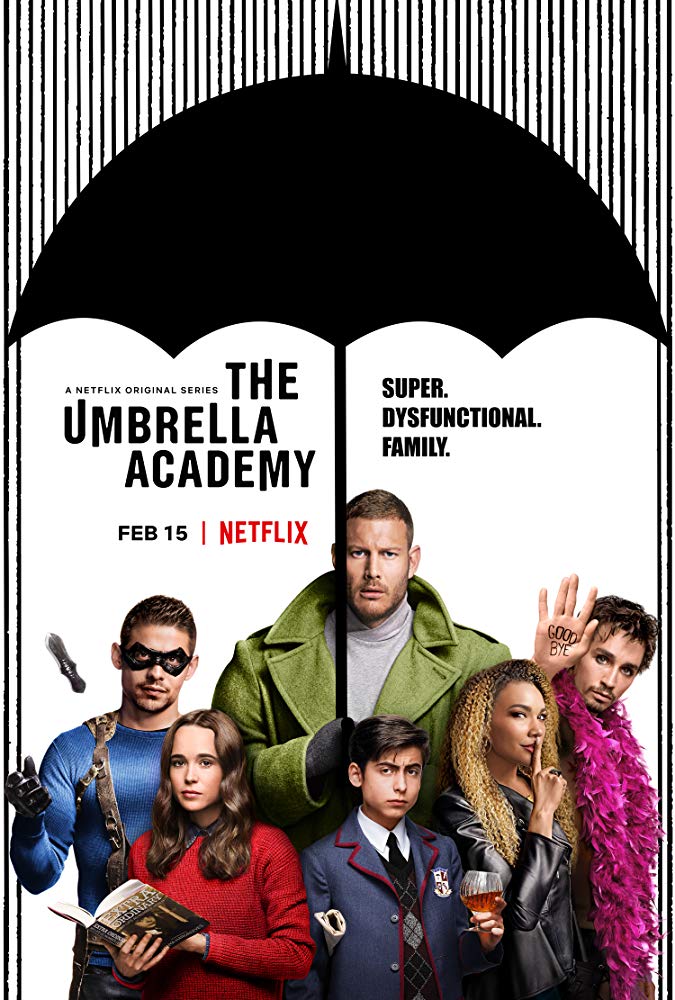 I can't put into words my excitement for the continuation of The Umbrella Academy and Amazon's The Boys. Oh, what a time we live in to have such amazing, dark-as-hell superhero shows to lose ourselves in. The Umbrella Academy is Netflix's original series take on the genre that follows a family of former child superheroes that have grown apart but have to overcome their differences to prevent a future global catastrophe. The feel of the show is very much like Watchmen but the story is uniquely it's own. Must-see TV! 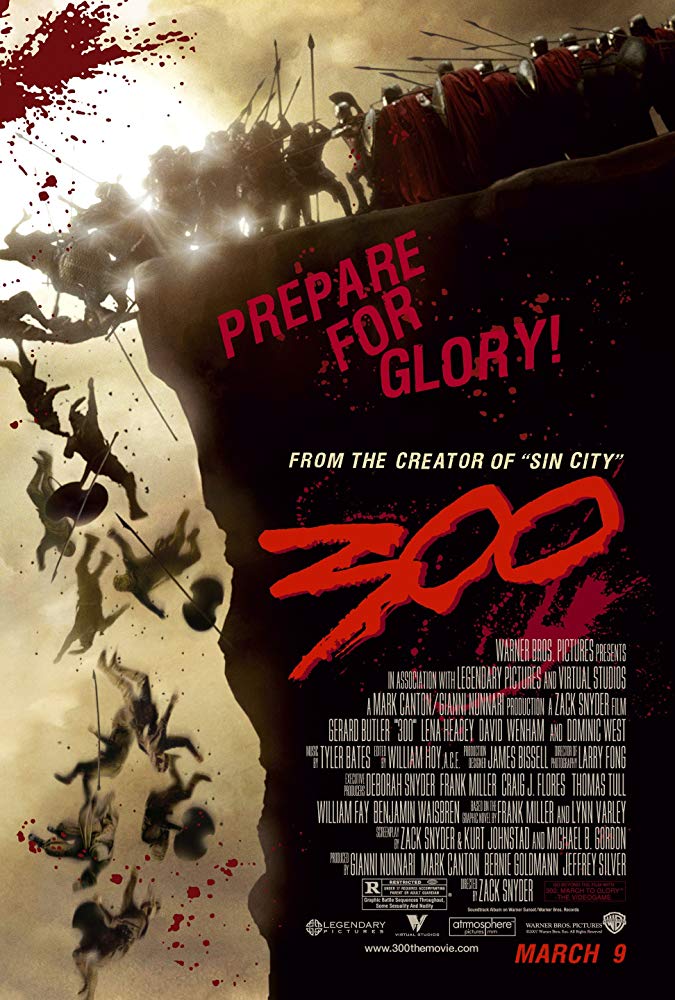 Like him or not, before Zach Snyder got the ball rolling in the DCU, he gave us the gift of 300. The Spartan King Leonidas (Gerard Butler) and his army of 300 brave (and ripped) men fight an overwhelming Persian force at Thermopylae in 480 B.C. 300 is visually striking and utterly brutal. As far as similarities to HBO's Watchmen? Well, there are none. I'm only including it because Snyder followed 300 with the original film version of Watchmen.