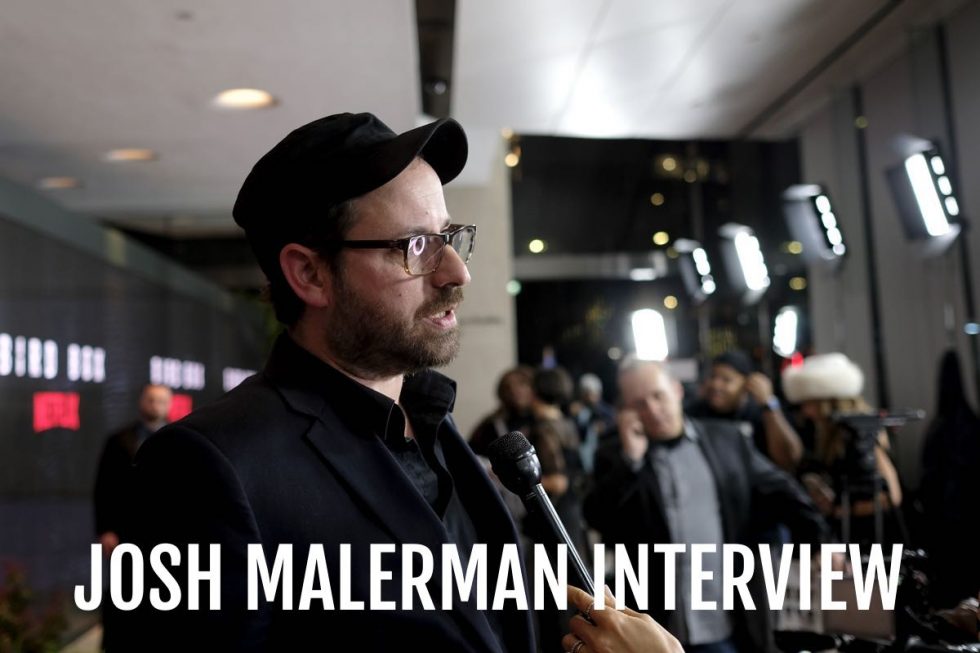 I met with Josh Malerman in a theater in Metro Detroit on a snowy, wintery Monday, and to my terror and delight, I had him all to myself. Sometimes, when we have interviews with important people, it’s usually a group of us, and we have to choose our best questions. If you’re lucky, you can ask maybe three of them. If you’re super lucky, you’ll actually use one of them, and then supplement the rest of the interview with everyone else’s questions. With an impending snowstorm and people generally chickening out, it was just me and Josh. So we got to talking. It became less of an interview and more of a conversation, which I think is the best way to get to know someone. Because I’m a horror writer myself, what follows is a conversation between two writers: one who plays in a band, The High Strung, and a rising star in the literary scene, and the other is…me.

Are you a musician who writes or an author who’s in a band?

I’m just a writer. I write books and songs. I was writing terrible, emo poems in high school, trying to write the most obviously telegraph horror stories you can imagine in high school.

At some point, my best friends who all play music they wanted me to join the band. I started playing an organ with them and one of my friends picked up one of those terrible emo poems and started singing it, and I was like, “Oh. This poem is a lot better that way.” If you read aloud The Doors lyrics you might be like, “ugh,” but to hear him sing with awesome music behind it, it was different, and it was something else. So something happened there where I realized like, “Oh, I can write songs. Mark (Owen), you can sing. I’ll write this thing and you sing it while I play these few chords.” The whole world seemed to open up to me at that moment.

So I was already writing, but it seems like the novels and getting serious about songs really happened at the same time. It wasn’t like, “I’m in a band forever.” I’m like, “I’m gonna try my hand at a book.” But it wasn’t the opposite either, they just kind of both erupted at the same time. 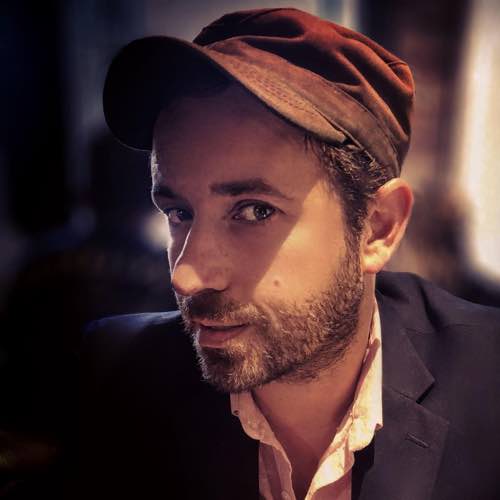 Yes, a little bit because when I’m in the office, I have a horror soundtrack playing on this awesome old record player with headphones. There’s a dark lamp in the office. It’s like everything’s so perfectly horror and scary. Sometimes I wonder though, when I’m running the scene and I feel like I pulled it off, “was the mood in this office so conducive to horror that I thought it was scarier than it was?”

If I can write a freaky scene, or a ghostly scene, or an unsettling scene, riding shotgun in my band’s van, while the Grateful Dead are on the radio, if I can do that, I know I have something. Sometimes I worry that the office is a little, not too comfortable, but a little too exactly on-the-nose.

Did you ever have to do the convention circuit to get the word out?

I think, when you get signed by Harper Collins or something, there’s something inside of you that says, “Oh everything’s taken care of now. We’re all good now.” And then you realize like, they have a huge reach, they’re gonna get that book in every store, and it’ll be available everywhere. There’ll probably be some good publicity for it, but it’s up to you to go and do readings or go to conventions to make contacts. It’s not like all of a sudden you’re handed a black book and all this is taking care of. It took me a minute to realize that. Allison (Josh’s fiancé) came in the office one day, and she was like, “I think we need to be doing more for this rather than just expecting them to do everything.” And it was kind of this humbling moment of “Oh shit, you’re right, you’re right.”

The closest I came to doing what you were talking about at a comic-con, I’ve only done one or two of them. I’m doing a few coming up.

For the readings of Bird Box and the other books, rather than me at a podium or something – that just sounds so unbelievably boring.

I’m a big fan of Horror Theater and the idea of Grand Guignol from the 1880s. Before the movies, you’d be in this dark theater, and there’d be like a phony beheading on stage and a head rolls across with fake blood, and like… can you imagine seeing that in like 1880? Was that guy hurt? You wouldn’t even know what was going on, practical effects to the hilt, right?

So Harper Collins had said, “now you go on book tour” and I’m like, “Allison, I don’t wanna just go stand at a freakin podium. What do we do here?” And then it struck me… all the characters in Bird Box, for the bulk of it, are blindfolded. Let’s blindfold the audience. I play music. I bring an organ. Some of my friends play with me. We would play sort of a horror soundtrack. The audience is all blindfolded. I would narrate, Allison plays Mallory, maybe a friend plays Tom, this kind of thing. But I have what now seem like more significant memories of events, I mean, I was driving around the state of Michigan with a suitcase full of blindfolds for a couple of years. I did one reading alone. It was in Mio. I did one alone there. Allison couldn’t make it. I drive up there with an organ and a suitcase full of blindfolds. I show up and the whole crowd was I think, it was like eleven 80-year-olds, and I was like, “Oh my god. I don’t know what to do right now.” I’m not gonna just stand there and read. I guess I could have. But instead, I was like, “So this is what I normally do everyone… I blindfold the audience.” And they’re like, “Alright,” and I was like, “Holy cow!”

Alright, so I blindfold these older people, play scary music on the organ, while I read Bird Box. At the time it felt like, I don’t know, I guess it felt innovative, it felt different… ’cause I’d seen other readers on other readings and it was mostly a guy or girl at a podium or in a chair. I was aware of that. But it wasn’t until the movie came out and I’m seeing Sarah Silverman blindfolded, and I’m seeing Ellen Degeneres blindfolded, and Saturday Night Live and all this, that it really strikes me how bizarre it was, what Allison and I were doing… ’cause we were doing that when nobody knew what Bird Box was. If I went around now, it might be like, it almost might be cheesy to do that now, but at the time it was a strange idea. So in terms of working it and the sense of doing your own leg work for it, the theatrical readings would be like our equivalent of the convention circuit that you’re talking about.

You’ve been writing screenplays and manuscripts on the road, and now everyone knows about Bird Box, do you find yourself now in some sort of re-write editing hell?

You’re the first person that’s asked me that. And only a writer could ask that.

Yeah, because it’s funny. I remember thinking after the first 10 years of writing rough drafts, I remember having this horrifying vision of 10 years of writing and then 10 years of re-writing. I’m like, “Let’s make sure that we don’t all of a sudden edit for 10 years, you gotta write new ideas also.” And so essentially, what’s happened is, I’ve been writing rough drafts for almost 15 years now. It used to be like, you write a book and then you’re with the band for a few months or whatever. Now it’s like you write a book and immediately turn around and re-write the next one that’s coming out, and this kind of thing. I used to really loathe re-writing. I used to foolishly, I think of it, I like the rawness of the first draft, like how the energy almost as if it was a live performance of a band. Oh my god, I realize now how much that re-write does to the point where that’s where the book happens.

I did not know that until Bird Box. Yeah, it is its own form of hell… ’cause even the first rewrite, you know it’s not gonna be right by the end. Yeah, even a second rewrite. You’re like this probably isn’t it either. So where do you find it? I understand where to find the gumption to write the first draft. So then you have this idea on paper, and without, you don’t have anything. But those first couple of re-writes where you know it’s not the finish line, and you just gotta freakin’ do it…those are grueling.