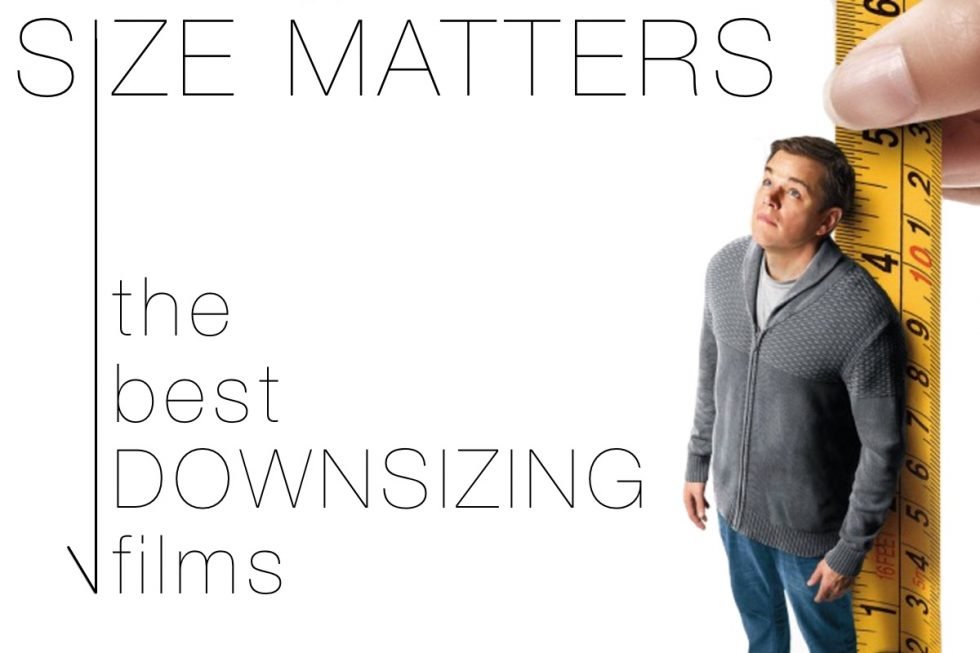 Catch phrases like “the bigger the better,” “size matters” and “it’s not the size that counts” are all generally relating to the same concept: an ongoing struggle of physical appearances versus actual potential and accomplishments of an individual. Many assume size can determine a level of success, or that there’s greater benefit to whether something is bigger or smaller. The content and/or potential of that individual could be compromised or overlooked due to a fixation on superficiality. Thankfully, Hollywood films featuring characters who have altered their size, either purposely or accidentally, have provided better reasoning behind their decisions that go beyond selfish means.

Ant-Man was an obvious choice for Kevin Feigh to add to the ever-expanding Marvel Cinematic Universe. The "shrinking superpower" helps our hero maneuver and travel undetected. He utilizes ants as his army, and like those ants, his strength is magnified many times. Paul Rudd was an ideal pick as Scott Lang – an ex-con attempting to live life on the straight and narrow while trying to become the hero his daughter believes him to be. Aside from the impressive special effects and fitting score, Scott becomes the “everyman’s hero” – his existence becoming a metaphor for redemption.

Honey, I Shrunk the Kids, is one of many modern family classics. Rick Moranis was a huge name in Hollywood in the late 80s, following the success of Ghostbusters and Ghostbusters 2, Little Shop of Horrors and Spaceballs. Audiences were treated to life surviving the backyard...while becoming the actual size of an insect. Wayne’s (Moranis) children are accidentally shrunken by an experimental machine and the children (along with their bratty neighbors) learn to work together and recognize the value of family. This is standard Disney gold.

In the film Innerspace, Dennis Quaid plays Tuck, a pseudo-astronaut who has been chosen to be miniaturized. The process is successful, but he is inadvertently injected into the body of a hypochondriac named Jack, played by Martin Short. Much of the appeal of the film is Short’s Jerry Lewis-like antics. The audience is also introduced to the inner workings of the human body, as both Tuck and Jack learn to cooperate and relate to each other. Awkward Jack is also able to teach Tuck how to appreciate what he has, namely Jack’s love interest, Lydia (Meg Ryan). It's a fantastic tale of life lessons told on a smaller scale.

Downsizing introduces the concept of shrinking in size as an effort to help with overcrowding of the planet and preserving the environment. It also works as a means of adjusting individual budgets to maximize benefits, while decreasing the cost of living. A dollar is said to go much farther when you are a fraction of your size, but right away it becomes clear that although Paul (played by Matt Damon) and others feel they are improving the environment and slowing overpopulation while upgrading their own standards of living, there will still be areas of need and individuals left destitute. Director Alexander Payne utilizes the 'shrinking character' concept as a metaphor for any idea with plans to solve the world's needs and satisfy personal needs while the plight of homelessness and poverty still appear to be bleak and unavoidable.

Following the success of 9 to 5 in 1980, Lily Tomlin returned to the big screen in The Incredible Shrinking Woman. Pat (Tomlin) is accidentally shrunken by a mix of household chemicals. While miniaturized, Pat naturally struggles as a mother but becomes a positive example for all Americans while attracting the attention of nefarious individuals. These bad guys want to experiment on Pat with plans of replicating the formula for their own selfish gain. It is up to Pat and her "small power" to foil their big evil plans.