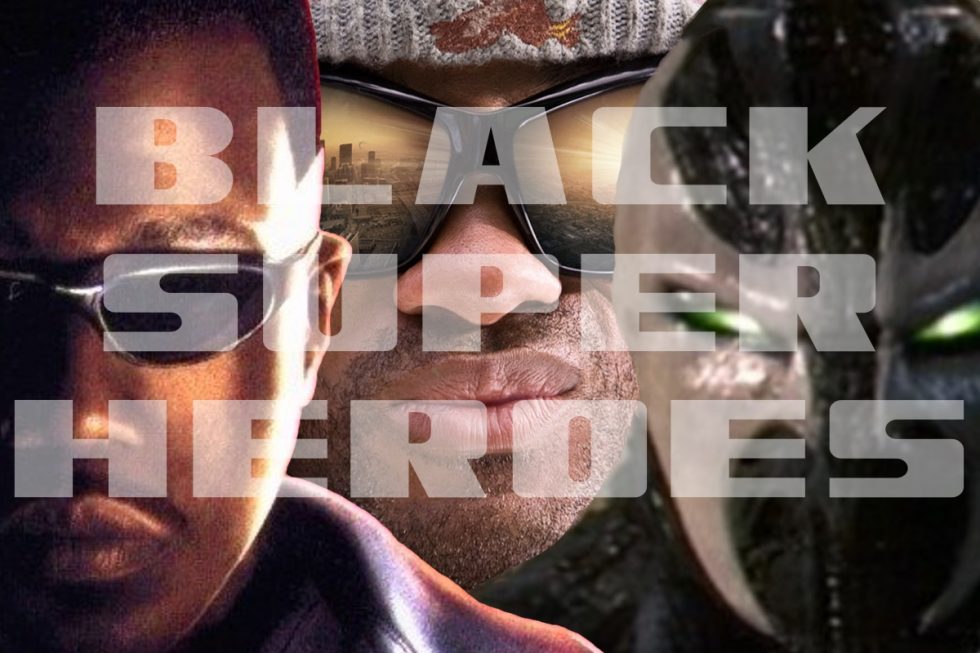 Black Panther claws its way onto cinematic screens in February and it has many journalists claiming he’s the first black superhero to be featured in a major motion picture.

While Black Panther was the first black superhero in modern comics, appearing in Fantastic Four #52 (July 1966), he’s not the first black superhero to grace the screens of American cinema. The whys are for another writer willing to wade into the quagmire of the politics of POC in film, but we can all agree that Black Panther is very, very significant.

Black Panther or T’Challa is not American, he’s the ruler of a very technologically-advanced African Nation, he doesn’t have the “fish out of water” culture shock of most alien-enhanced superheroes because he knows how stuff works. Like a skilled chess player, he is always thinking multiple steps ahead of his opponents. He’s tribal, but modern, and that is going to provide a little shock to the sensibilities of modern movie-goers who have a very skewed sense of what people from African Nations look like.

Black Panther isn’t the first black superhero movie. In fact, we’re going to skip the first 2 black superhero movies Meteor Man (1993) and Steel (1997) because frankly, they just weren’t very good. While Robert Townsend’s heart was in the right place, the execution wasn’t, and Shaq was just drunk on his own popularity. Mixing slapstick with heroism is all well and good, but save it for the sidekicks. We’re just going to skip ahead to the meat and leave the fluff for another time.

Released the same year as Steel, Spawn is actually the first black major comic book superhero (Spawn #1, May 1922, Image Comics) portrayed on the big screen. Starring Michael Jai White, Spawn is the demon reanimation of super soldier and career assassin, Al Simmons. Initially tapped to lead Hell’s Army, a dream job if there ever was one, he walks away from it all after using his hell-born powers to save his family and the world from certain annihilation. This movie has Martin Sheen, essentially reprising his senatorial candidate role from The Dead Zone (1983), and John Leguizamo as evil clown demon, The Violator – who’s worth the price of admission all by himself. Spawn grossed $88M dollars worldwide.

The door now fully open, mostly human not yet turned vampire, Blade menaced the Superhero scene. Based on the character who made his debut in Marvel Comics, Tomb of Dracula, July 1973), Blade vows to rid the human race of vampires, those parasites who live side by side, or above and below, as the case may be. Played by Wesley Snipes he battles Dragonetti (played by the always excellent Udo Kier) Deacon Frost (Stephen Dorff), Blade went on to gross $131M worldwide.

Not based on any established comic book character, Hancock stars Will Smith and tells the tale of a superhero suffering from bad PR. Like The Incredibles (2004), scrutiny is placed on the value of lives saved versus the amount of destruction necessary to save them. Alcoholic and despondent with no memory of the last 80 years, Hancock accepts the help of adman Ray Embrey (Jason Bateman), who wants to repay him for saving his life. Funny, poignant, and topical in today’s litigious environment, Hancock went on to kick ass and gross $228M worldwide.