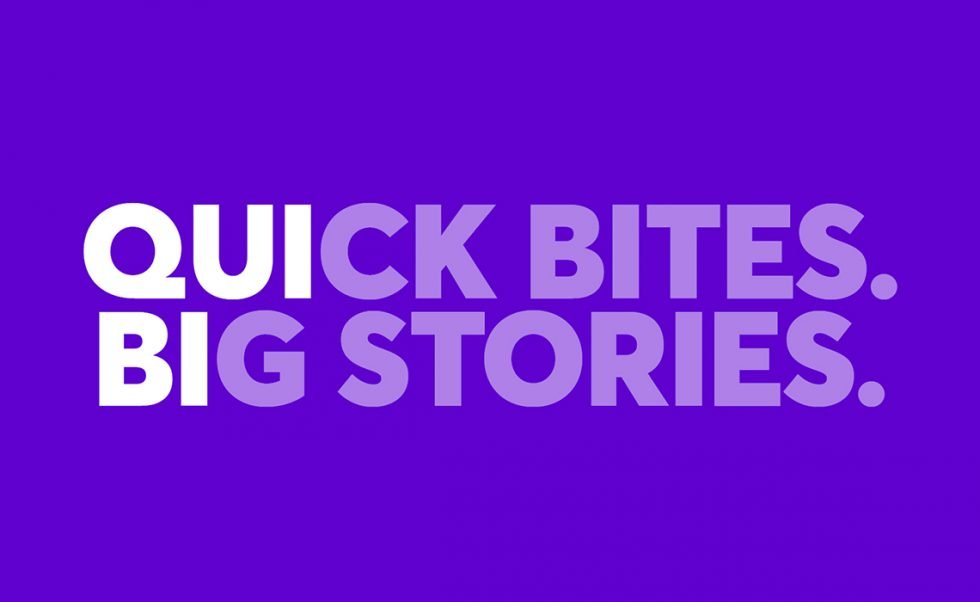 With three quarters of Americans under lockdown due to Coronavirus, is the country ready for yet another streaming platform?

Derived from the words ‘quick’ and ‘bites’, Quibi attempts to differentiate itself from other streamers by offering episodic content no longer than 10 minutes and only viewable on an iOS or Android mobile device. At any other time in history, a platform that allows a viewer to watch an episode while riding the subway, waiting for the kids at the bus stop, or heck, just sitting on the toilet (don’t lie, you thought it too) would be a great addition. But when most Americans are trapped at home, will they elect to watch content on their 6″ iPhone when they have a 55″ TV already offering Netflix, Hulu, and more?

But wait, there’s more! Quibi also introduces a new feature called Turnstyle that allows content to be viewed in portrait and landscape modes interchangeably. While revolutionary for its technology, do people care to watch content in portrait mode when it’s arguably better in landscape?

Quibi launches with 50 new series with new episodes offered daily — within the first year, over 8,500 episodes will be available from 175 series. The $1.75 billion dollar startup led by Hollywood extraordinaire Jeffrey Katzenberg and the former CEO of eBay and Hewlett-Packard, Meg Whitman, have spared no expense with programming, signing stars such as Lebron James, Reese Witherspoon, Liam Hemsworth, and Chrissy Teigen. Not to mention the talent behind the screen — Steven Spielberg , Guillermo del Toro, and Sam Raimi. Series range from inspirational (James’ I Promise) to goofy (Dishmantled finds contestants being blasted with food and then have to make the dish they think they were hit with). MTV even brings back favorites Punk’d and Singled Out for the streamer. It’s still too new to claim any favorites but Most Dangerous Game and When the Streetlights Go On appear to have potential. But will there be enough good content to keep viewers coming back day in and day out?

Americans have been cutting the cord for years now opting for streaming services like YouTube and Sling, and then adding on premium services like Netflix and HBO. Adding yet another service only ups that monthly investment, bringing it closer and closer to the cost of cable. Will Americans continue to dish out even more dollars, in this case, $4.99 a month with ads, or $7.99 without ads?

There are a lot of open questions about Quibi and ultimately the platform will live or die based on the quality of its content. In the meantime, throughout April, decide on the quality for yourself by signing up for a free 90-day trial.

And by the way, if you’re not sold on Quibi, don’t worry, NBC’s Peacock and HBO’s HBO Max bring two additional streaming options to the market this spring seeking more money from your pocket…

Quibi can be downloaded from the Apple and Google Play store today.